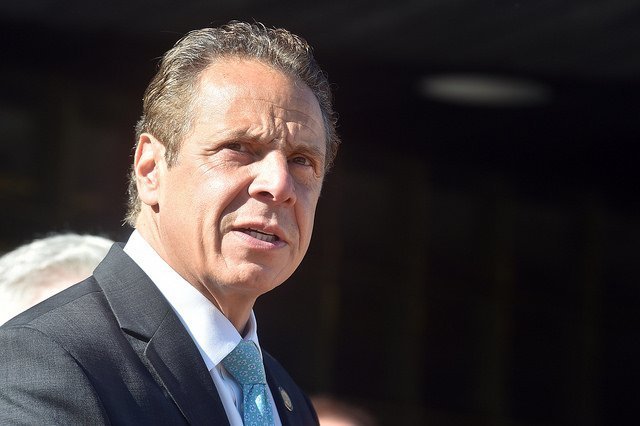 Photo by: Office of Governor Andrew M. Cuomo, via Flickr.

Albany, NY - October 24, 2017 - Governor Andrew M. Cuomo today announced that more than 140 colleges and universities have downloaded the Sexual and interpersonal violence Prevention and Response Course, or SPARC, a free online resource offered by the State University of New York, to help train students in the prevention of sexual, interpersonal and related violence. SPARC, which can be downloaded here, was developed by SUNY in partnership with the City University of New York, and with the support of individual campuses and the New York State Department of Health. The program encompasses training requirements under Title IX, the Clery Act as amended by the Violence Against Women Act and, for New York State colleges and universities, and New York's Enough is Enough legislation (Education Law 129-B).
"New York is leading the fight against sexual assault on college campuses and I'm proud that other colleges and universities across the nation are taking notice and are using the tools that we developed in this critically important cause," Governor Cuomo said. "This program is a vital resource for colleges and universities across the country to utilize to increase awareness of sexual assault on campuses, helping to secure a safer and healthier learning environment for all students."
"Two years ago, Governor Cuomo enacted the toughest policy in the nation to fight sexual assault on college campuses so it's no surprise that our SUNY schools are leading the way forward for college campuses across the country," said Lieutenant Governor Kathy Hochul. "The Sexual and Interpersonal Violence Prevention and Response Course is providing students with the tools they need to fight sexual assault and other violence on campus."
"New York's 'Enough is Enough' law equips colleges and universities with some of the strongest guidance in the country, and SPARC is one of several resources developed by SUNY to not only ensure that our campuses are in compliance, but to share what we've learned with our peer institutions throughout the country," said SUNY Chancellor Kristina M. Johnson. "Each of SUNY's efforts in this area are driven by prevention, doing all we can to prevent violence before it occurs, and SPARC is leading the way. By continuing to build awareness and sharing resources, higher education will better ensure safe learning environments for all students."
"The SPARC curriculum, a collaborative effort between SUNY and CUNY, will help both systems better educate students about how to recognize and report sexual harassment and sexual violence," said CUNY Chancellor James B. Milliken. "Our goal, like Governor Cuomo's, is to ensure a safe, healthy, and nondiscriminatory learning environment, free of sexual harassment and sexual violence, and that largely is already the case."
In April 2017, SUNY and CUNY partnered to launch the SPARC online training system to help colleges and universities in the training of students to prevent sexual, interpersonal and related violence. The system is designed to run as a course in BlackBoard or similar learning management systems to allow customization and personalization by colleges, enabling students, faculty, staff and institutional leaders to train one another and provide information directly relevant to their campus environment, policies and resources. The system is offered to colleges and universities at no cost.
Since New York launched SPARC in April of this year, representatives from 140 colleges across the country, which educate more than 1.5 million students, have downloaded SPARC and are actively customizing the SUNY developed training for their own use. Another 250 registrants from colleges in 35 states and three Canadian provinces are actively investigating using SPARC.