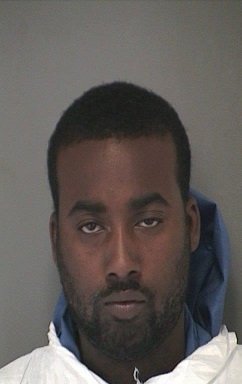 Mineola, NY - October 16, 2015 - Acting Nassau County District Attorney Madeline Singas announced that a Long Beach man pleaded guilty today to attempted murder charges related to a 2014 crime, in which he shot a former girlfriend with a shotgun, and separate arson charges related to his torching of a Lynbrook Holiday Inn Express room in 2013.

The NCDA is recommending that Booker be sentenced to 20 years in prison.

“This defendant has shown a consistent disregard for human life and the safety of others, going so far as to shoot a woman and set a hotel room on fire,” Acting DA Singas said. “Domestic violence is all too common in our county and we are committed to putting abusers like Diquan Booker in prison.”

Acting DA Singas said on September 28, 2013, Booker was staying in a Holiday Inn Express on Sunrise Highway in Lynbrook, when he purchased charcoal lighter fluid and used the accelerant to set part of the hotel room on fire. The Lynbrook Fire Department responded to the scene and extinguished the fire, which was subsequently deemed suspicious by the Nassau County Fire Marshal.

Booker was subsequently arrested the Nassau County Police Department Arson/Bomb Squad after an investigation and charged with the arson on October 10, 2013.

The defendant was arrested again on July 20, 2014, at a North Merrick home for the attempted murder of a 26-year old woman, with whom he had previously been in a relationship.

Booker was arguing with the woman when he produced a sawed-off shotgun and pointed it at her face. The victim, in an attempt to protect her face, put her hands up and the defendant shot her injuring her in the hands, shoulder and face with birdshot. The victim was taken to a local hospital where she was treated for her injuries, which included the amputation of two fingers.

The defendant was arrested at the scene by members of the Nassau County Police Department First Precinct.