Murciano, a 17 year-old singer/songwriter residing in Dix Hills, has professed to having a life-long love of music.

Sammi Rae Murciano (left) will be the opening act for Pat Benatar (right) at a free concert at the Tilles Center on the campus of LIU Post in Greenvale on Friday, Oct. 12.

Long Island, NY - October 12, 2018 - Sammi Rae Murciano, a young up-and-coming Long Island-born performer, gets her first taste of the big-time when she opens for rock-and-roll legend Pat Benatar in a free concert held tonight at LIU Post’s famed Tilles Center for the Performing Arts, October 12th, in Greenvale, NY at 6:45 p.m.
“It's an honor to get a chance to perform at a venue as large as the Tilles Center, and to be able to open up for Pat Benatar, who's a huge inspiration to me," she said. "It's an amazing feeling.”
Murciano, a 17 year-old singer and songwriter residing in Dix Hills, has a life-long love of music, however, it was just a few years ago that she realized she wanted to make it her life’s work.
“I've always loved music and singing, but the turning point came to me four years ago when I had a solo in chorus and just the feeling of being on stage in front of an audience and singing... It was just amazing,” she said. "I knew right then that was what I wanted to do for the rest of my life.” 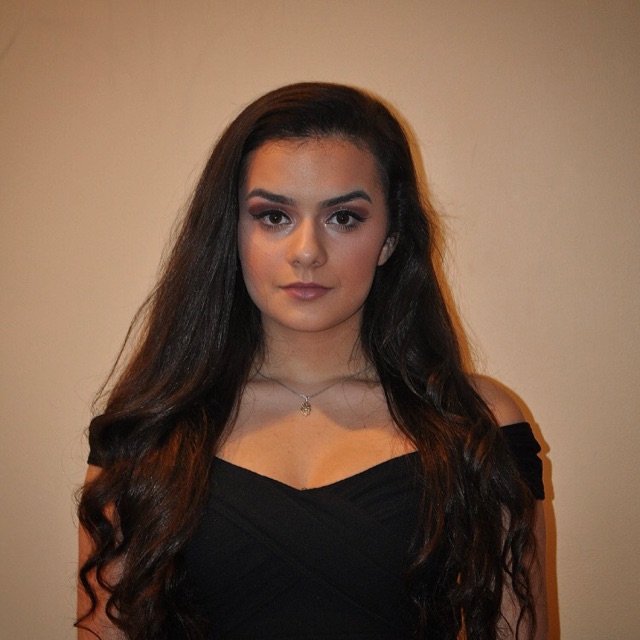 Singer Sammi Rae Murciano. Photo Credit: Sammi Rae Murciano
Murciano draws influence from a wide variety of different singers, noting that she finds herself gravitating towards those with more powerful, impactful voices; a style she herself tends to prefer using when performing, she said.
“Some of the artists who have influenced me are Beyonce, Adele, James Arthur,” she said. “The reason for that is they all have very strong voices, and when singing I like to be strong and put that into my music. I can sing in different ranges and I write different types of songs, but most importantly I like to be powerful in my delivery”
Although Murciano considers herself primarily a “pop” singer, she also possesses a versatility that many today often lack; she also dabbles in rock, country western, and other genres in an effort to appeal to a wide variety of different fans.
And unlike many artists nowadays, Murciano actually writes the lyrics that she sings, drawing strongly upon not only her own life experiences, but the experiences of others. It’s a mix of creativity and empathy – the ability to relate to others – that she takes a great deal of pride in, she said.
“Some of my songs are based on personal experiences, and others are based on things I've seen or heard about that I put into my own perspective as if it was my own situation,” she said. “I currently have out a three-song EP called The Story, and a lot of it deals with the hardships that I have overcome from being bullied. I've also just released a new single called Unpredictable, which talks about not letting anyone stop you from following your dreams. I've never let anything that anyone has said to me change me or bring me down, and I like to talk about that to inspire other people who may be going through the same things”
Once Murciano realized that making music and entertaining crowds of fans was her goal in life, she set about the road of hard work required to turn that dream into reality.
“I started going to studios and recording, and in time I started writing my own music, and the more I got involved in the music scene, the more I realized that I wanted to do it every day for the rest of my life,” she said. “Every day I'm doing something in an effort to pursue my career...I'm working on many different types of music and performing at many different venues. I recently did a mall tour and I’ve played at different festivals. I'm putting out merchandise, dealing with radio stations, doing interviews...anything I can do to get my name out there and let people know about my music.” 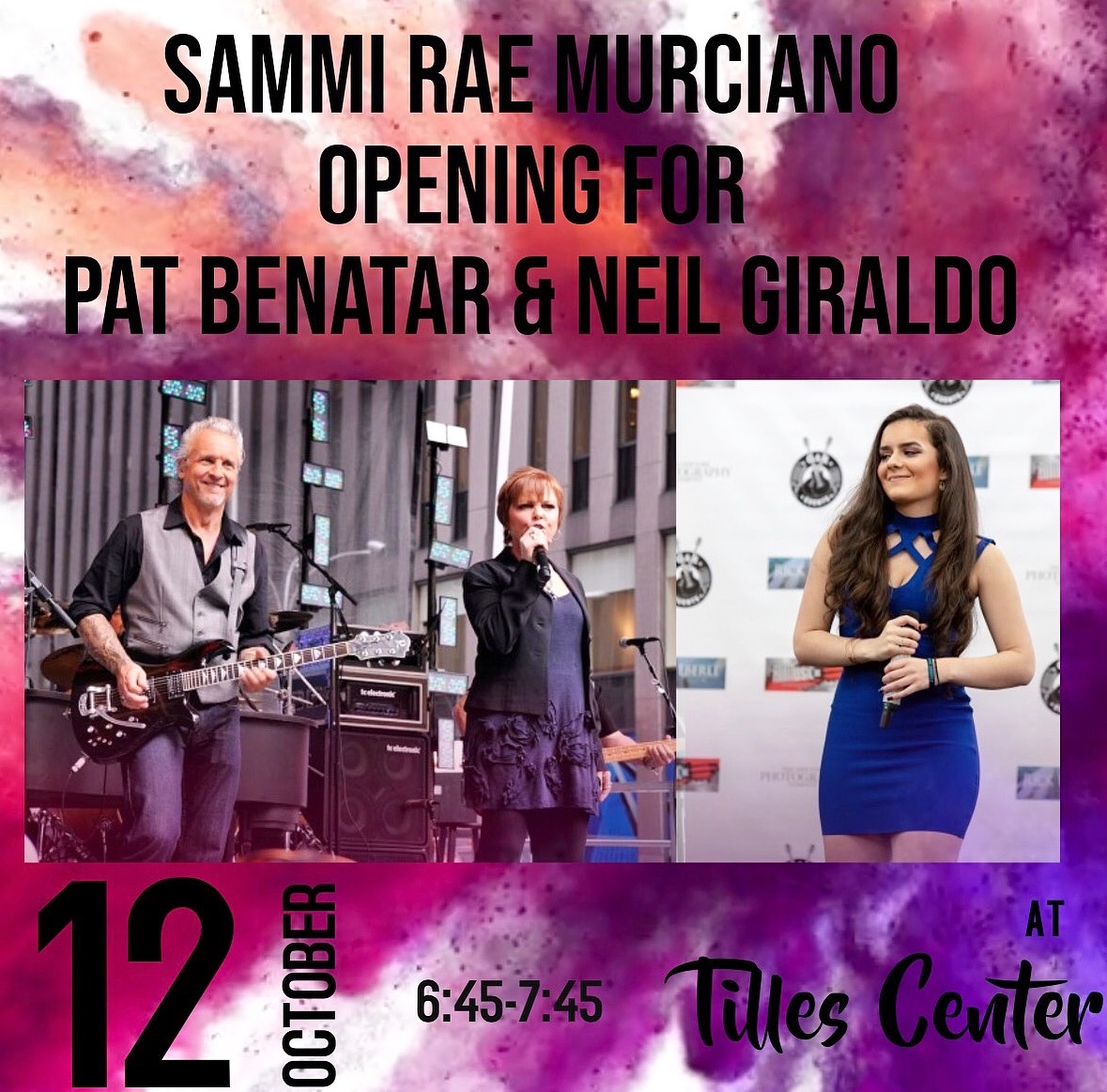 Photo Credit: Sammi Rae Murciano
Murciano acknowledges Benatar as a huge inspiration of hers, and the chance to work with her – and perform at her largest venue yet – is proving to be an incredibly exciting experience in addition to being a boost for her career.
“Pat Benatar is from Long Island, like me, and what inspires me is that she's one of the first women to get into rock and roll, pursued it, and made her dream a reality. Obviously, she made it big, and continues to this day to follow her dreams,” she said. “Getting to open up for one of my idols, and to be able to do so in a great venue like the Tilles Center…it’s a feeling that’s impossible to describe.”
As for the future, Murciano plans to continue pursuing her dreams of music superstardom with a single-minded intensity, vowing not to rest until she has reached the many goals she aspires to achieve. Keep an eye on Murciano...you're no doubt going to be hearing a lot more from this talented young lady in the very near future.
“I'm going to continue making new music, and I hope to perform one day at Madison Square Garden, have tours, have everyone know my music,” she said. “Most importantly, I just want to inspire others to follow their dreams like I'm doing, and to never give up no matter what.”
Murciano’s debut EP, The Story, was originally released in November of 2017 and is currently available on iTunes and Spotify. Her new single, Unpredictable, is also available on iTunes.
In addition, you can check out Sammi Rae Murciano's official website, and her Facebook, Instagam, Spotify, and YouTube pages.