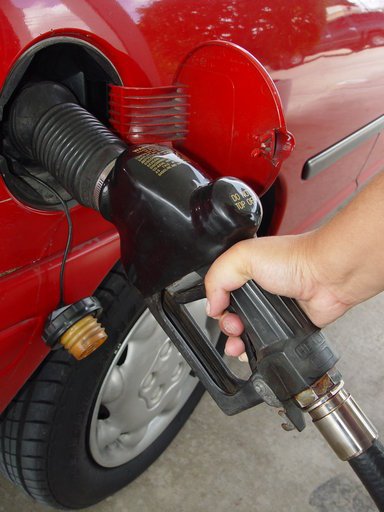 Albany, NY - June 3, 2013 - Governor Andrew M. Cuomo today announced the launch of “Fuel NY,” an initiative to improve access to gasoline during a severe storm or other major weather event. Announced by the Governor in the 2013 State of the State address, “Fuel NY” was developed as a direct response to gas shortages that occurred during Superstorm Sandy, and includes the nation’s strongest back-up power requirements for gas stations in strategic locations.

As one step in a comprehensive initiative to protect the fuel supply chain in an emergency, “Fuel NY” will make up to $17 million in funding available to help retail gas stations improve their back-up power capacity so they can remain open during major storms.

“The lack of access to gasoline greatly interfered with recovery and restoration efforts following Superstorm Sandy,” said Governor Cuomo. “Fuel NY will provide first responders, essential personnel, evacuating residents and other motorists with peace-of-mind knowing that gas stations have the necessary back-up power capacity to distribute gasoline and get things back to normal as quickly as possible after a major storm. We have learned many lessons from Sandy, and this is one effort the State has undertaken to ensure it is better prepared in advance of the next extreme weather event.”

As part of the initiative, the New York State Energy Research and Development Authority (NYSERDA) will administer a grant program to enable gas stations to install the wiring necessary so they can connect portable emergency generators in the event of an extended power outage due to an energy or fuel supply emergency or to install a permanently affixed back-up power generator.

Additionally, a new website, nysandyhelp.ny.gov/fuel-ny, has been created to provide information for both gas station owners and motorists identifying which gas stations are required to participate in the program. The website also provides a question and answer section and information on how to apply for funding. The site will be updated regularly to show which stations are equipped with back-up power capacity.

Approximately half of all downstate gas stations in New York City, Long Island and Westchester and Rockland counties are now required to have back-up power in the event of an emergency, including:

Gas stations selling less than 75,000 gallons of fuel per month are exempt.

Gas station owners/operators can apply for up to $10,000 per station to help install a transfer switch that will accept a portable emergency generator and up to $13,000 per station if they elect to install a transfer switch and a permanent back-up generator. Stations that are part of a chain as defined in the program and that are not located within a half-mile of highway exits and evacuation routes can only receive up to $10,000. Funding will be paid only for actual eligible expenses upon receipt by NYSERDA of proper documentation that the installation is complete.

The Department of Agriculture and Markets and local Weights and Measures divisions will inspect pertinent station documents to ensure compliance with this law and confirm designated stations are ready to operate during a declared energy emergency.

NYSERDA President and CEO Francis J. Murray Jr. said, “This program is part of Governor Cuomo’s efforts to address the entire fuel supply chain – from pipeline to pump– that may be affected during a major storm. Under the governor’s direction, NYSERDA is taking a number of steps to ensure that the State is building an energy infrastructure that is more resilient and better able to withstand weather incidents in the coming years. The action today represents yet another step in the State’s continued commitment to ensure New Yorkers safety and well-being during a state of emergency.”

State Agriculture Commissioner Darrel J. Aubertine said, “Governor Cuomo deserves tremendous credit in bringing the “Fuel NY” program to light because frankly, too many consumers were left in the dark in the aftermath of Superstorm Sandy. Our Bureau of Weights and Measures will work with municipalities across downstate to make sure this program is being implemented properly.”

NYS Division of Homeland Security and Emergency Services Commissioner Jerome M. Hauer said, “We know from experience how important it is to have access to fuel during and following emergencies like Superstorm Sandy. I applaud Governor Cuomo for taking decisive action to ensure that we will not again experience the fuel shortages that caused significant hardship for both first responders and residents following such a disaster. “Fuel NY” is an important initiative that will strengthen the state’s overall preparedness efforts for any potential disaster.”

Kevin Beyer, president and chief executive officer of the Long Island Gasoline Retailers Association said: “On behalf of the Long Island Gasoline Retailers Association, we wish to thank Governor Cuomo for his continuous and concerted effort to work with the industry towards making the backup power grant program for gas stations a workable one. We greatly appreciate the fact that the Governor and his staff have made us partners in this process which should help to guarantee the program’s ultimate success.”

NYSERDA is also developing a program whereby it will manage a pool of portable emergency generators that will be available for these downstate stations when an energy or fuel supply emergency has been declared. In addition, as part of “Fuel NY,” NYSERDA is conducting a survey of resiliency measures at pipelines and terminals, and is assembling information from experts and the industry on the potential development of a Strategic Fuel Reserve.

Eligible gas stations can apply for the program at nysandyhelp.ny.gov/fuel-ny. For help with the grant application process, station owners can call 1-855-323-3030 or send an email to GasStationGrants@nyserda.ny.gov.