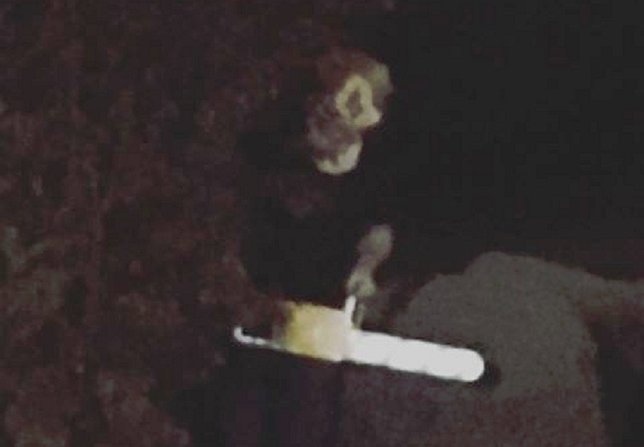 Captured photo of one of the masked men at NYZ Apocalypse's parking lot.

Met with some resistance, the costumed gang of clowns eventually left but not before the staff could catch a photo of one of the masked men.

“We thought it was a prank by our actors, but none of our actors were around and it’s a Monday night, they wouldn’t just come out of their way to scare us” said David Graham, writer at NYZ Apocalypse.

“It was very disconcerting to see a situation like that take place; yeah we work at an attraction where we scare people and that is our job, but this is getting out of hand” Graham continued.

No one knows exactly when the next sighting will be and how many copycats these situations will create, but NYZ staff assures us that no one will be admitted into the building during their circus themed night, Friday October 7th in costume.

Tickets for CIRCUS at NYZ Apocalypse are on sale now at www.nyzapocalypse.com