Thieves Make Off With 600 Pumpkins Worth Over $4,000 from Calverton Farm

Authorities are trying to piece together how thieves ran off with 600 pumpkins from Rottkamp's Fox Hollow Farm, which they believe the thieves are intending to sell. 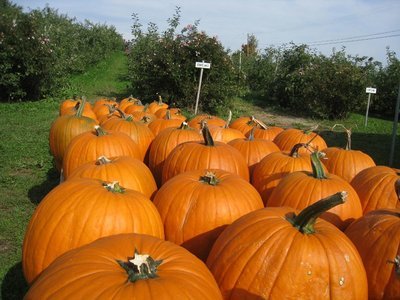 In a strange mystery on the East End, 600 pumpkins were stolen from a Calverton Farm, and the pumpkin robbers left without a trace.

At Rottkamp’s Fox Hollow Farm at 2287 Sound Avenue in Calverton, there are over four acres of pumpkins for visitors to pick from.  Authorities believe that the illegal pumpkin pickers stole the pumpkins sometime between September 27 and September 30.

“Obviously, it’s someone who is selling them,” Det. Timothy Hubbard told The New York Post.

The farm offers pumpkin picking every weekend during pumpkin season, and charges $0.55 per pound.

The Rottkamp family has owned the farm since 1967, where they offer fresh produce, as well as roasted corn and a corn maze in the fall.  Autumn is a particularly busy season for growers like the family, and brings out a great deal of customers and tourism to the East End.

“Our roads our here are filled with people coming from out west to pick pumpkins and cornstalks. It’s almost like a second season for our farmers out here,” said Hubbard.