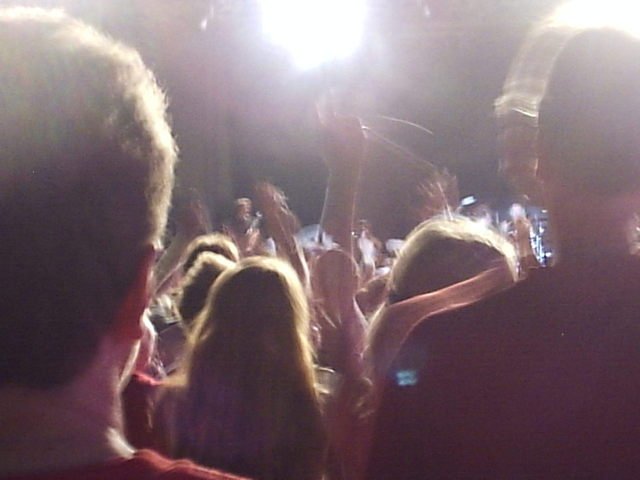 Hundreds of arrests and ID confiscations during targeted enforcement actions.

"Underage drinking can lead to bad decisions with potentially life altering consequences, or worse," Governor Cuomo said. "These sweeps help in preventing avoidable tragedies, as well as send a strong message that we have zero tolerance for this reckless behavior in New York."

Governor Cuomo previously announced the sweeps in June. To ensure that the public, especially New York’s youth, remain safe and well-protected during the summer concert season, coordinated state agencies cracked down on underage drinking at the Saratoga Performing Arts Center, Lakeview Amphitheater in Syracuse, Canalside in Buffalo, Darien Lake Performing Arts Center in Genesee County, CMAC in Canandaigua, and Nikon at Jones Beach Theater on Long Island, for a total of 411 arrests and 437 fake identification documents seized. Results, broken down by venue, are available below:

Operation Prevent
Operation Prevent is a yearlong DMV initiative that targets not only concerts, but bars and drinking establishments, events, and other underage hot spots. During an Operation Prevent sweep, state investigators work with law enforcement entities to check identification documents. Patrons under the age of 21 found to be using fake IDs or false documents with the intent of purchasing alcohol can be arrested and have their license revoked for a minimum of 90 days or up to one year.

In recent weeks, DMV investigators began conducting coordinated sweeps in college towns as the fall semester gets underway, an effort announced by Governor Cuomo in August. DMV, the New York State Office of Alcoholism and Substance Abuse Services, the New York State Liquor Authority and the New York State Police are aligning resources to prevent underage drinking and build upon the Governor’s commitment to protect college students and increase safety on college campuses.

DMV Executive Deputy Commissioner Terri Egan said, "As DMV wraps up another summer of deterring underage drinking at summer concerts, we are already hard at work to keep young people on college campuses safe across New York. I thank Governor Cuomo for his leadership in these efforts to ensure traffic safety, and am proud to continue DMV’s commitment to deterring underage drinking year round."

New York State Police Superintendent George P. Beach II said, "Our Troopers witness first-hand the tragedies that occur as a result of underage drinking, all of which are preventable. The State Police will continue to work with our partners to apprehend underage drinkers and those who serve them, and most importantly, save lives in the process."

State Liquor Authority Chairman Vincent Bradley said, "The SLA remains committed to reducing underage drinking through education and training as well as working with state and local law enforcement. DMV should be commended for their successful, proactive enforcement efforts over the summer to protect both our communities and young New Yorkers from negative outcomes that far too often result from underage drinking."

State Park Police Chief David Herrick said, "State Parks has a zero tolerance policy for underage drinking in our facilities. I’m grateful for the united efforts of law enforcement across the state to keep park visitors and concert-goers safe, and to reduce the number of intoxicated drivers on the roadways."