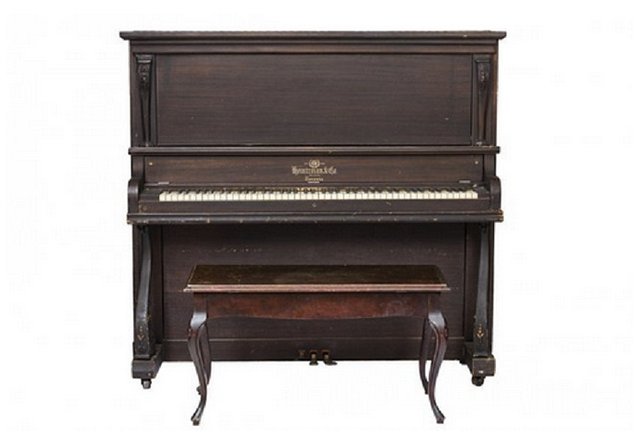 Pictured is Shlomo Carlebach's Piano that sold for $25,000.

With ten personal items up for sale, the singing rabbi’s piano was sold for $25,000. Hosted by Jonathan Greenstein, chief expert and president of J. Greenstein & Company, the auction, which was initially announced in February 2016, featured such items as menorahs, challah knives, Kiddush cups, and portraits of the rabbi playing to audiences.

By far, the most sought after item was his piano, an upright, made by Heintzman and Company in the early part of the 20th Century. In addition to the 20 in-store bidders, J. Greenstein & Co.’s live online and phone bidding attracted close to 200 customers worldwide.

“This auction was special to me, as I grew up with the music and teachings of Rabbi Carlebach, and I was honored to help his family share his memories.,” said Jonathan Greenstein, President of J. Greenstein & Co.

About Jonathan Greenstein
Jonathan Greenstein is the president and expert-in-charge at J. Greenstein & Company, Inc., the country's auction house specializing in antique Jewish Ritual art, known as Judaica. An expert in antique Judaica for over 30 years, Jonathan has been featured on CNN's Situation Room with Wolf Blitzer, NBC News with Chuck Scarborough, the New York Times, the New Yorker, Crain's New York Business, KTLA Television, the Jewish Journal, WCBSTV, The Atlanta Commercial Appeal, and The Forward. He had a column in Reform Judaism magazine known as the Antique Judaica Evaluation Show and will be starring in the upcoming series on the Jewish Channel (FIOS, Cablevision and Time Warner) called Judaica Hunter. Jonathan lives in Long Island, New York with his wife and five children.

More information can be viewed at: www.JGreenstein.com