Fire Prevention Week is upon us, and the Firemen’s Association of the State of New York is reminding all New Yorkers of the importance of having working smoke alarms throughout their homes. 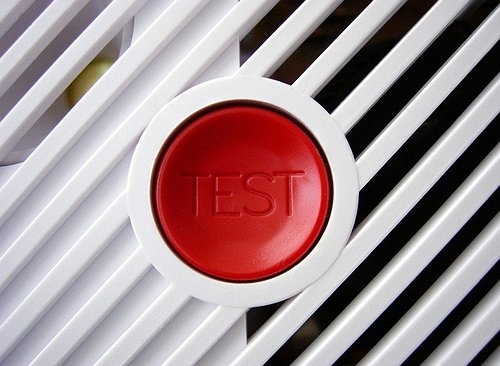 Albany, NY - September 29, 2015 - Fire Prevention Week is upon us, and the Firemen’s Association of the State of New York is reminding all New Yorkers of the importance of having working smoke alarms throughout their homes. This year’s fire prevention theme, from the National Fire Protection Association - “Hear the Beep Where You Sleep” - is an effort to ensure that people have working smoke alarms installed in their bedrooms.

According to the NFPA, approximately half of all fire deaths occur during the typical sleeping hours of 11:00 PM - 7:00 AM. All too often, people are woken up by fire and smoke rather than the beep of a smoke alarm, and have little chance of a safe escape. The NFPA recommends having smoke alarms installed in every bedroom, outside each separate sleeping area, and on every level of your home, including the basement. Further NFPA research demonstrates that two thirds of all fire deaths occur in homes without smoke alarms or working smoke alarms.

“Smoke alarms are the single most important appliance in your home,” said FASNY President Robert McConville. “Though every week is Fire Prevention Week for firefighters, we ask the public to take this time to ensure their homes are properly fitted with working smoke alarms. This is the most critical step we all can take to avoid tragedy.”

FASNY is supporting state legislation which would require that all smoke alarms sold in New York State to be equipped with sealed-in, non-removable batteries capable of powering the device for at least ten years. This legislation, sponsored by State Senator John Flanagan and Assemblymember Joseph Morelle, has passed both the State Senate and Assembly and awaits the Governor’s call.

To learn more about smoke alarms and "Hear the Beep Where You Sleep", visit NFPA’s website.

About FASNY: Founded in 1872, the Firemen’s Association of the State of New York (FASNY) represents the interests of the more than 92,000 volunteer firefighters and emergency medical personnel in New York State.  For more information, visit www.fasny.com.