Legislation will allow victims of 9/11 to sue foreign entities that funded attacks. 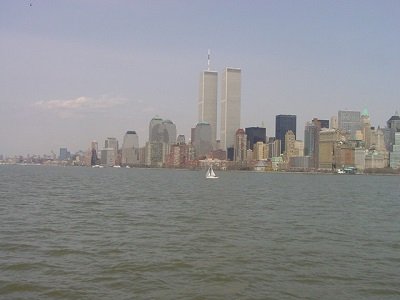 Washington, DC - September 23, 2013 - U.S. Senator Charles E. Schumer and Congressman Peter King today announced the Justice Against Sponsors of Terrorism Act (JASTA) has been introduced in Congress. The bill works to deter international terrorism on American soil and guarantee access to justice for those who have suffered at terrorists’ hands.  Schumer and King are sponsors of the bill, which will help the victims of 9/11 achieve justice.

“The Justice Against Sponsors of Terrorism Act will finally correct an egregious error within our court system that has prevented victims of 9/11 from obtaining recourse against those who helped sponsor the attacks,” said Schumer. “This legislation means that foreign states can now be held accountable if they help fund a terrorist attack on U.S. soil and it means that the victims of 9/11 are one step closer to justice.”

“JASTA is essential to the deterrence of international terrorism on American soil and the guarantee of justice to those who have suffered at the hands of terrorists. I look forward to working with my colleagues and the 9/11 Families United for Justice Against Terrorism to pass this important bill,” said King.

Recently, some court decisions have improperly blocked terrorism-related claims that Congress intended to permit. For example, the second Circuit inIn re Terrorist Attacks of September 11th, 2001, has held that sovereign immunity protected Saudi government “charities” from 9/11 victims’ claims regarding support for those attacks and that aiding and abetting theories are unavailable under the Anti-Terrorism Act of 1991 (ATA). That court further ruled that terror victims pursing ATA claims must satisfy a strict proximate causation test. Overall, Americans who were injured in terrorist attacks, like those who were tragically struck on September 11th, 2001, may have no recourse against the foreign states that sponsor such attacks when they occurred on American soil.

JASTA allows terrorism victims, like victims of the September 11thattacks, the right to pursue foreign states and sponsors of terrorism in federal court. The bill allows Americans to direct claims against those who funded the attacks. The bill also fixes a decision in the same case that, paradoxically, interpreted the Foreign Sovereign Immunities Act to limit recovery when those attacks occur on American soil.

The following is a summary of the bill:

Second, JASTA amends the ATA so that civil suits against foreign sponsors of terrorism can be held accountable in U.S. courts where their conducts contributes to an attack on U.S. soil.