The Criminal Alien Gang Member Removal Act would amend the Immigration and Nationality Act to detain and remove illegal aliens who participate in criminal gang activity, and barr gang members from coming to the United ... 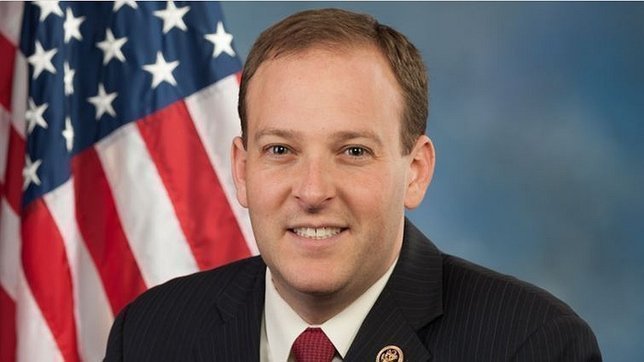 Long Island, NY - September 14, 2017 - Congressman Lee Zeldin (R, NY-1) announced that the Criminal Alien Gang Member Removal Act (H.R.3697), legislation that he cosponsors, passed the House of Representatives on September 14, 2017.
The Criminal Alien Gang Member Removal Act would amend the Immigration and Nationality Act to detain and remove illegal aliens who participate in criminal gang activity, and bar gang members from coming to the United States. The bill also prevents criminal alien gang members from eligibility for immigration benefits, such as asylum, special immigrant juvenile status, and temporary protected status. Additionally, the Criminal Alien Gang Member Removal Act also provides local law enforcement with the resources they need to deport illegal alien gang members.
The U.S. Immigration and Customs Enforcement has found that members of violent transnational gangs are comprised largely of foreign-born nationals.
Congressman Zeldin said, “I proudly cosponsored and supported House passage of the Criminal Alien Gang Member Removal Act to combat gang violence by illegal aliens and protect our local communities. This bill closes the dangerous loopholes that currently exist in immigration law, by adding stronger vetting standards to block anyone who may be suspected of gang activity from entering the United States, expediting and prioritizing their removal if they are arrested for being in the country illegally or commit a gang related crime, and most importantly barring temporary protective status (TPS) and similar other immigration statuses to anyone suspected of gang activity. The rise in gang violence is hitting home in the most personal and tragic way in Suffolk County, where we’ve seen ongoing violence perpetrated by MS-13 and other Central American gangs taking innocent lives and threatening the safety of our communities. This violence is ruining lives, wreaking havoc, and causing irreparable and devastating harm to families. It must be stopped. Just one of the many recent incidents in our community took place this past April when four young men were murdered by MS-13. Two of the victims, Justin Llivicura, of East Patchogue, New York, and Jorge Tigre, of Bellport, New York, were residents of the First Congressional District. These young men were senselessly and brutally murdered by MS-13 gang members using machetes. There have been so many other horrible crimes committed by MS-13 gang members that have included gang rape, human trafficking, drug trafficking, and more. In Congress, I will continue to support legislation to reform our broken immigration system and keep illegal gang activity off our streets to make our neighborhoods safer and improve our quality of life.”