Act in remembrance of the nearly 3,000 men, women and children who lost their lives in the 2001 terrorist attacks. 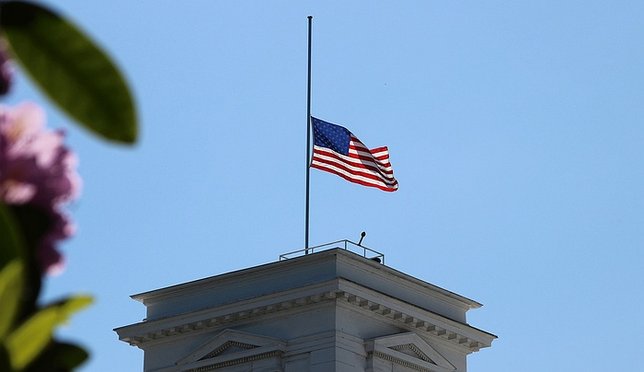 Albany, NY - Sept. 10, 2018 - Governor Andrew M. Cuomo today announced that flags on state government buildings will be flown at half-staff on Tuesday, September 11 in remembrance of the nearly 3,000 men, women and children who lost their lives in the 2001 terrorist attacks.
"Nearly 17 years ago, New York was dealt a blow so devastating that the loss and suffering are still felt to this day. On September 11, 2001, the lives of countless Americans were forever changed in an instant as thousands of innocent men, women, and children perished in the deadliest terror attack this nation has ever seen.
"We will never forget these individuals and the selfless heroes who did not make it home that day. Today, we honor those we lost and thank the brave law enforcement officers, firefighters, medical professionals and other first responders who saved so many lives in the wake of this unspeakable tragedy. We also remember the courageous men and women of the United States Armed Forces including the New York National Guard who protected our freedom then and continue to do so now at home and abroad, New York is eternally grateful for their service to our nation."