Bird was discovered caught in a fishing line in Port Jefferson Harbor. 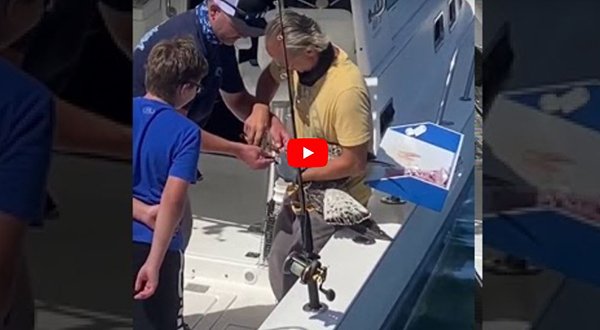 Eric Huner, also known as Captain Fish, a fishing charter out of Port Jefferson was caught doing a good deed over the weekend, saving a seagull trapped in a fishing line. You can watch the video of Huner netting the bird and then releasing it in the video below.

Nanci Huner asked people to “please, be careful with hooks and lines” in a post with the original video on Facebook.