The Coram Plaza Revitalization Task Force received good news today when they saw that a problem area in front of the Home Depot Shopping Center was cleared of invasive brush and debris. 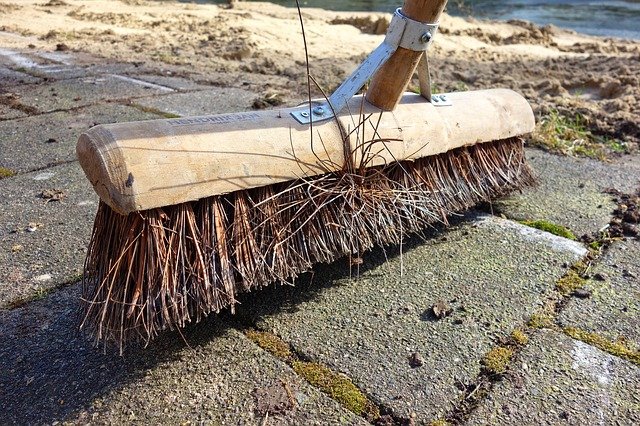 Coram, NY - August 30, 2018 - The Coram Plaza Revitalization Task Force received good news today when they saw that a problem area in front of the Home Depot Shopping Center was cleared of invasive brush and debris.
The New York State Department of Transportation (NYSDOT) owns the land between the shopping center and the smaller strip malls that line Route 25 and is responsible for its maintenance. The DOT has been asked for several years to clear the land because it was attracting homeless encampments and was full of garbage and debris.
Deputy Presiding Officer Calarco stated, “Thank you to Governor Cuomo’s office and the Department of Transportation for responding to our cries for help. I am happy that the DOT, after years of reaching out about a perennial problem, has cleared this area. By discouraging vagrancy on this property, this will go a long way to ensure that the shopping center is a safe environment for the residents of Coram and Gordon Heights.”
“For years this site has been a nuisance to the community as it has been a magnet for illegal activity and aggressive panhandling,” said Legislator Sarah Anker. “The parcel has diminished the overall aesthetic of the shopping center and negatively impacted the quality of life for all of Coram’s residents. I am pleased that the New York State Department of Transportation has taken action to address this property. I thank Governor Cuomo’s office for their role in moving this important initiative forward. It is important that we continue to support the Coram community and its local businesses to ensure economic stability and growth.”
“The Coram Civic is thrilled to hear that New York State Department of Transportation is doing much needed maintenance on the Coram Plaza DOT right-of-way,” stated Erma Gluck, Civic President. “We are hopeful that this will remedy the current situation of the plaza.”
Legislators Anker and Calarco formed the Coram Plaza Revitalization Task Force in 2016 in response to quality of life concerns from Coram residents. The task force focuses on public safety, economic development, and the beautification and revitalization of the plaza. The task force is made up of many community stakeholders including elected officials from the State, County, and Town, the Suffolk County Police Department, the Department of Social Services, local civic leaders, property managers, and representatives from not-for-profit organizations. The task force has coordinated revitalization efforts including homeless outreach efforts, increased security at the shopping center, and the condemnation of Superstar Beverage.