Till We Meet Again’ is selected to compete at Long Beach International Film Festival in September 2015 in the Official Selection. 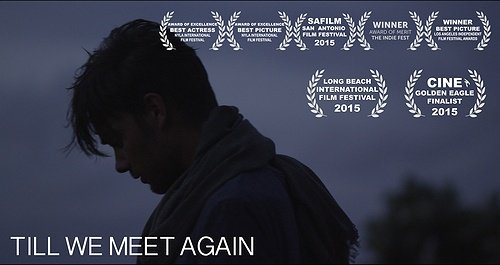 Long Beach, NY - August 20, 2015 - ‘Till We Meet Again’ is selected to compete at Long Beach International Film Festival in September 2015 in the Official Selection. Till We Meet Again was recently selected as a Finalist in Best Feature Film of the 58th CINE Golden Eagle Awards for Independent & Emerging Media.

‘Till We Meet Again’ is multilayered indie drama feature film that follows a young couple, Erik and Joanna through their different journeys and struggles in Thailand, and simultaneously reveals their past in New York through flashbacks. It has previously this year won the IndieFest Award and Best Picture at Los Angeles Independent Film Festival Awards. It had it’s world premier at San Antonio Film Festival and will screen next at Long Beach International Film Festival in the Official Selection in September.

“Such a beautiful well-acted film with a great story.”

Johan Matton the Producer and his Co-Producer Linnea Larsdotter are playing the lead roles as a couple from new York traveling to thailand in this complex traveling back packer story.

They will both attend the festival and promised to be holding Q and A’s after their screening on Long Beach.

“We are very honored to be a part of Long Beach International Film Festival’s feature film selection, and we are excited to see the lineup and meet all other creative film makers and film lovers in September” - John Matton (Producer/Writer/Lead Actor) & Linnea Larsdotter (Co-Producer lead actress)