Freeport Village Mayor Robert T. Kennedy will join American Red Cross and Salvation Army Officials at 11:30 am on Tuesday Aug. 25, at 9 North Long Beach Avenue to announce a new state of the ... 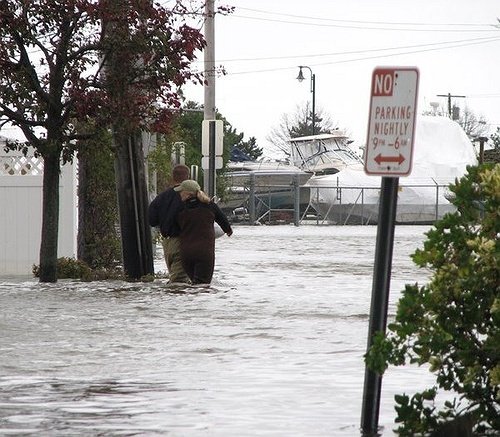 Photo by: Thomas Gernon, via LongIsland.com.

Freeport, NY - August 25, 2015 - Freeport Village Mayor Robert T. Kennedy will join American Red Cross and Salvation Army Officials at 11:30 am on Tuesday Aug. 25, at 9 North Long Beach Avenue to announce a new state of the art Emergency Management Center that will be built to provide support to local residents during potential hurricanes and disasters. The center will be used by police and firefighters to provide clothing, temporary shelter and supplies to those in need. This week marks the peak of hurricane season on Long Island as well as the 10th anniversary of Hurricane Katrina, one of the nation's most devastating hurricanes.

The Village of Freeport is a famed nautical destination that was severely hit during Super Storm Sandy, displacing hundreds of homeowners in the village, causing millions of dollars of damages and destroying local businesses.  Local Emergency Responders and Red Cross Officials will discuss preparations for storms and hurricanes that are expected this year.  The peak Hurricane Season on Long Island begins in late August and continues until Nov. 30th.  This is the start of the worst season; the time of year when Katrina struck several Southern states.

In the year 1938, the storm known as the "Long Island Express" barreled across Nassau and Suffolk counties, killing some 700 people, destroying thousands of homes, and carrying winds so strong they carved out what is now called the Shinnecock Canal. The National Oceanic and Atmospheric Administration forecasts a 70 percent probability of 6 to 10 Named Storms that could effect the regionthis year.

WHAT: Freeport Village to make an announcement of a state-of-the art Emergency Management Center that will provide temporary shelter, food and other provisions to village residents in the event of a hurricane.

Preparations for Hurricanes and Storms are to be discussed during the peak of the season.