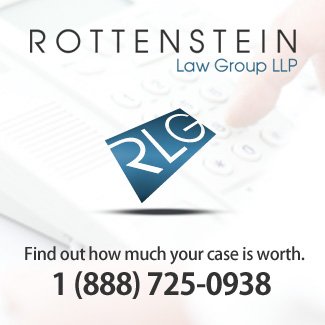 New York, NY - August 16th, 2013 - A jury handed down a verdict awarding $250,000 in compensatory damages and assessing $1.75 million in punitive damages on Aug. 15 in a C.R. Bard Avaulta transvaginal mesh trial in federal court in Charleston, W. Va., a trial that was originally declared a mistrial before being retried this month, according to Bloomberg. The Rottenstein Law Group LLP, a vaginal mesh law firm, comments on what the verdict means for those who have filed or are looking to file transvaginal mesh lawsuits.

"That the first federal bellwether trial went the plaintiffs' way is a very good sign and potential indicator of things to come. This verdict and award—which includes a substantial punitive damages assessment—should send an important message to both Bard and its victims: Selling a product that injures people will not go unnoticed and unpunished. Anyone who has been hurt by a mesh product but who hasn't yet consulted a lawyer about demanding compensation should do so now," said Rochelle Rottenstein, principal of the Rottenstein Law Group LLP.

Women have filed several thousand vaginal mesh lawsuits across the United States in both state and federal court, alleging that the devices have caused them to suffer several serious side effects since device implantation, including vaginal erosion, according to the Bloomberg report.