SCPD: Man Wanted for Stealing Thousands in Merchandise from Target

Police are looking for a man who stole thousands of dollars worth of merchandise from a Central Islip Target. 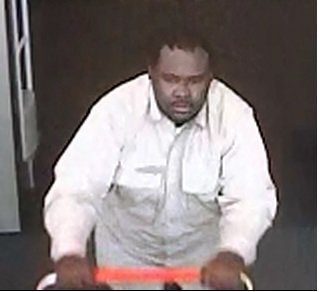 Central Islip, NY - August 8, 2014 - Suffolk County Crime Stoppers and Third Precinct Squad detectives are seeking the public’s assistance to find and identify the man responsible for stealing thousands of dollars of merchandise from a Central Islip Target.
On Tuesday, August 5, at approximately 2 p.m., a man entered the store, located at 160 North Research Place, Central Islip, and loaded up a cart with Crest Whitening Strips, Crest Toothpaste, Allegra D and Rogaine. The man then exited the store without paying for the items worth approximately $2,500.  He loaded the items into a car that was driven by an accomplice who was waiting outside the store.
The suspect is described as a black male, medium complexion, approximately 35 to 45-years-old, between 5 feet 7 inches to 6 feet tall with a medium build, black hair, beard and a mustache.  He was wearing a white long sleeve button down shirt and jeans.
The car he fled in was a white four-door sedan, possibly a Toyota with dark tinted windows and a spoiler on the rear trunk.  Similar thefts and attempted thefts have occurred recently involving the suspect and vehicle.
Suffolk County Crime Stoppers offers a cash reward of up to $5,000 for information that leads to an arrest. Anyone with information about this crime is asked to call anonymously to Crime Stoppers at 1-800-220-TIPS. All calls will be kept confidential.