The Mets and Yankees have both lost their last two games, and A-Rod has made his 2013 debut despite being issued a lengthy suspension. 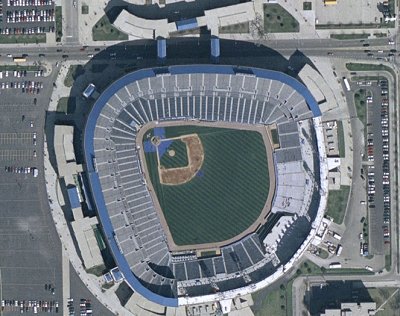 Mets Go Deeper into Extras, Fall to Kansas
After staving off the Royals to take a 4-2 win in an 11-inning start to the series, Daniel Murphy put New York ahead of Kansas City on Saturday with a leadoff homerun in the bottom of the second inning. The lead did not hold up, however, as Kansas returned the favor in the top of the third then hit Jeremy Hefner for another 2 runs, going ahead 3-1.

Despite being without All Star third baseman David Wright, who has gone on the Disabled List with a hamstring injury, the Mets still managed to rally late in the game, as a Josh Satin single scored Andrew Brown and Juan Lagares in the eighth inning. The score remained tied 3-3 after the ninth, and through two extra innings. David Aardsma gave up what would prove the winning run in the top of the 12th when he allowed Justin Maxwell to hit a homer, putting Kansas ahead 4-3.

Sunday’s rubber game was not close enough to warrant a third day of extras. Following three scoreless innings for both teams, Zack Wheeler was hit for a homerun in the fourth inning, and allowed another run to score in the fifth on a wild pitch. A 2-RBI single in the same inning put the Royals on top 4-0.

Eric Young picked up an RBI single in the bottom frame, but Kansas hit Wheeler’s replacement, Gonzalez Germen, for 2 more runs in the sixth. A John Buck single in the eighth provided the only other piece of offense for the Mets; New York lost 6-2 and Wheeler fell to 4-2 on the season.

The Mets had the day off yesterday, and will host the Colorado Rockies at 7:10 PM tonight. That series will continue at the same time tomorrow and finish with a 12:10 PM day game on Thursday.

Alex Rodriguez Returns to Lineup, But Yanks Fail to Produce
Derek Jeter was not available to play this weekend as he was nursing yet another leg injury, but Curtis Granderson and Ivan Nova showed up in full force on Saturday. For his part, Nova went 7 complete innings, allowing only 4 hits, 1 walk, and no runs to San Diego.

The Yanks had just as much trouble hitting Padres’ starter Tyson Ross until the seventh inning. Following Alfonso Soriano’s leadoff single, Curtis Granderson flashed his muscle with a 2-run blast to put New York on the board and in the lead. Granderson went on to manufacture an insurance run in the top of the ninth, which his kicked off with a single; he proceeded to steal second base and came home on a Jayson Nix RBI single.

Mariano Rivera came on in the bottom half to work a 1-2-3 inning, striking out Alexi Amarista to finish the game. Rivera got his 35th save, Nova improved to 5-4, and New York won 3-0.

Sunday’s rubber game did not see nearly as strong a starting pitching performance with Phil Hughes on the mound. Hughes did not have much trouble getting through the first inning, but he started the second by giving up two singles. A Mark Kotsay sac. fly put the Padres on the board, and Everth Cabrera would soon hit Hughes for 2 more runs.

Hughes gave up another 2 runs after getting 2 outs in the third inning, forcing him out of the game after pitching only 2 and 2/3 innings. Preston Claiborne got the final out of the third, but gave up an RBI single in the fourth, putting San Diego up 6-0.

Curtis Granderson put New York on the board in the sixth with a single that scored Robinson Cano. Lyle Overbay singled Soriano home immediately afterwards, cutting the Padres lead down to 4. Austin Romine, who grew up about an hour away from San Diego, hit his first Major League homerun in the seventh inning—a solo shot which brought the score up to 6-3.

The Yanks threatened to tie things up in the ninth with two runners on base and only one out, but Romine and Vernon Wells struck out to end the game. Former Yankee Ian Kennedy got the win for San Diego, and New York lost the series 2-1.

Alex Rodriguez made his return from injury last night, rejoining the Yankees for the first time since 2012 just hours after receiving and appealing a 211 game suspension for taking performance enhancing drugs and obstructing the MLB investigation into Biogenesis. Regaining a former big bat did little good for the team, however, as the first of three games in Chicago began with a second straight day of awful starting pitching.

Andy Pettitte, who had pitched well in his previous two starts but lacked run support, gave up 3 runs in the first inning, hurling 29 pitches and facing all but the last player in the White Sox lineup. He gave up a 2-run single in the second and another RBI in the third, ultimately leaving the game after walking the bases loaded having thrown 75 pitches through 2 and 2/3 innings. Preston Claiborne walked the first batter he saw, giving Chicago a 7-0 lead, before working out of the third.

Chicago tacked on another run in the sixth, and New York finally broke up the shutout in the seventh inning when a Brett Gardner sacrifice fly brought Eduardo Nunez home from second base. Neither team scored again, and the White Sox took an 8-1 win.

A-Rod went 1-4 on the night, having hit a bloop single in his first at bat. He will try to offer more production in the weeks ahead; the team will need it as Derek Jeter was placed back on the disabled list with s strained right calf last night.

The Yankees will attempt to even the series up at 8:10 PM tonight, and finish it tomorrow the same time.