Rodriguez has been handed a heft penalty as 2 Mets and 2 other Yankees players accepted 50 game suspensions. 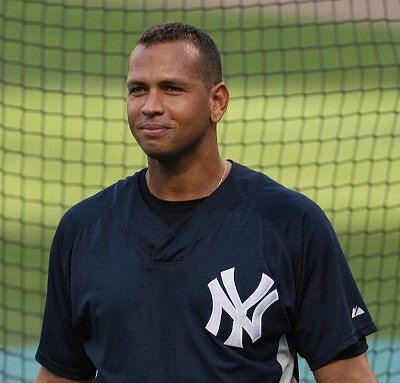 Major League Baseball has handed down an unprecedented punishment to Alex Rodriguez this afternoon, suspending him for the rest of this season and all 2014. A-Rod has previously been linked to the Biogenesis anti-aging clinic from which multiple professional baseball players obtained performance enhancing drugs; news of Rodriguez’s renewed PED use came to light in January of this year, but the MLB investigation into the clinic’s relationship with players took months to complete.

A-Rod is being penalized not only for his steroid use, but also for what the MLB considers egregious behavior in lying to the league and trying to obstruct its investigation. Rodriguez allegedly attempted to purchase records kept by Biogenesis founder Tony Bosch in order to hide them from investigators.

Rodriguez will appeal the length of the suspension, allowing him to rejoin the Yankees for tonight’s game in Chicago and remain active until the appeals process takes its course, which may last over a month. Should he fail to reduce his suspension, Alex will serve all 211 games of the sentence after the appeals arbitrator Fredric R. Horowitz makes his decision on the case.

12 other players have agreed to serve 50 game suspensions issued by the League in relation to the Biogenesis scandal. Among them are Yankees’ catcher Francisco Cervelli (who has been injured for most of this year) and minor leaguer Fernando Martinez. The Mets will lose outfielder Jordany Valdespin and minor leaguer Cesar Puello. Former Yankee catcher and onetime top prospect, Jesus Montero (now of the Seattle Mariners) was also suspended, but former Yankee pitcher, Bartolo Colón (now with the Oakland A’s) was not, as he already tested positive for steroids and was suspended before the Biogenesis story surfaced.

Ryan Braun of the Milwaukee Brewers faces a similar situation, having accepted a 65 game suspension on July 22nd. Braun had previously been in danger of a 50 game suspension after testing positive for PEDs in 2012, but won an appeal as his drug test sample was mishandled by the League’s collector.

The suspensions come at a time when most teams have about 50 games left in their seasons, effectively suspending the 12 players and Braun through the remainder of the 2013 regular season. Those players would, however, be eligible to play in the postseason should their teams advance to the playoffs.