Pope Francis Shows Shift in View Towards Gays: “Who am I to Judge?

In a press conference aboard his plane while returning from Brazil, Pope Francis gave a revealing interview in which he showed a slight shift in tone towards homosexuality. 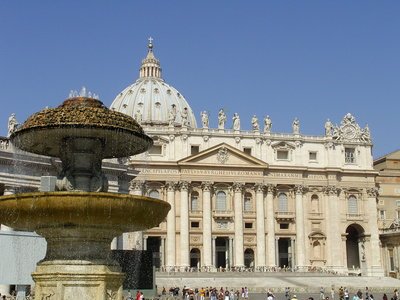 Earlier on Monday, Pope Francis gave an impromptu press conference aboard the papal plane while returning from a weeklong trip to Brazil, and made groundbreaking comments about homosexuality that hint at a shift in tone by the Catholic Church.

“If a person is gay and seeks God and has good will, who am I to judge him?” said the pope to journalists in a report from Vatican Radio.

"The Catechism of the Catholic Church explains this very well. It says they should not be marginalized because of this (orientation) but that they must be integrated into society."

Though Pope Francis encourages the inclusion of homosexuals in society, he also told journalists aboard the plane that he still believes homosexuality to be a sin.

Journalists also asked Pope Francis about the rumors of a “gay lobby” in the Vatican – a group of gay priests who look out for one another and engage in sexual acts, according to NBC.

“I have yet to find anyone who has a business card that says he is gay,” said the pope.

The pope also addressed the sexual abuse scandals that have stigmatized the church in recent years.  In the Vatican Radio press release, Pope Francis said that “there are many saintly people working in the Curia but also those who are not so saintly and cause scandals which harm the Church.”

During the press conference, Pope Francis also answered questions about women in the church, and said that he believes that the argument for women becoming ordained is “a closed door,” but he still encourages women to seek other leadership roles.