An Olympic Lunge for Local Fencer. 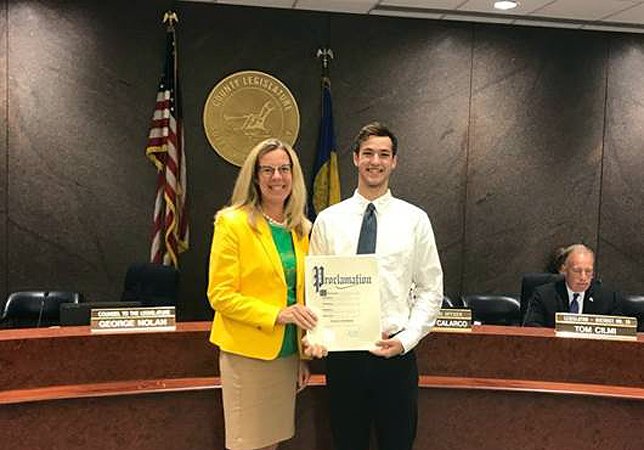 Hauppauge, NY - July 27, 2017 - Suffolk County Legislator Kara Hahn recognized incoming Ward Melville High School Senior Danny Solomon for his international fencing successes during the Legislature’s July 25, 2017 meeting.
Solomon, who earned a spot on the United States Under-17 national fencing team, placed first during last fall’s Konin Cadet World Cup held in Poland and ninth in the Under-20 competition this past February in the Junior Olympics.
For Solomon, who began fencing in the sixth grade, being on the national team has not only allowed him to achieve greater success within the sport, but has also allowed him to travel around the world and compete against internationally renowned swordsmen.