End of Watch Ride to Remember Will Honor Memory of Sheriff’s Sgt. Keith Allison with Stop at Riverhead Correctional Facility

The group is riding across the country to honor 338 men and women of law enforcement who paid the ultimate price in their service to our communities. 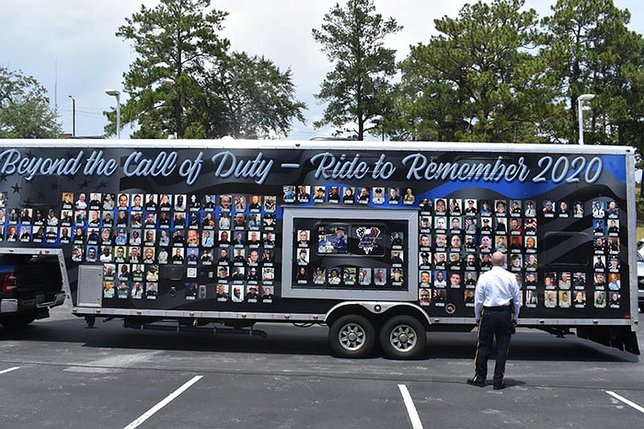 The Beyond the Call of Duty – End of Watch Ride to Remember is a group of motorcycle riders from the state of Washington escorting a 41' trailer across the country to honor fallen officers from the prior year.
The group is riding for 84 days between May 28th and August 19th and they are traveling 22,300+ miles across the country to honor 338 men and women of law enforcement who paid the ultimate price in their service to our communities in 2020. Not only do they honor the fallen, but they also honor the families.
On July 28th at 2:00 p.m., the caravan will stop at the Riverhead Correctional Facility where they will be greeted by the family of Inv. Sgt. Keith Allison who died in service on December 17, 2020.
Sheriff Toulon, along with County Correction Officers, Deputy Sheriffs and civilians will line up outside the Suffolk County Correctional Facility to pay tribute and show appreciation to the End of Watch riders.
About Sgt. Inv. Keith Allison
Inv. Sgt. Allison started his career with the Suffolk County Sheriff’s Office in 1995 and celebrated his 25th year of service prior to his passing on December 17, 2020. After a short period of time as a correction officer at the Riverhead Correctional Facility, Inv. Sgt. Allison began working for the Personnel Investigations Bureau, conducting background investigations and interviews for new employees, both uniformed and civilian. He later became the Commanding Officer of the Personnel Investigations Bureau and was promoted to Investigator Sergeant in 2018. Because of his long tenure with the Personnel Investigations Bureau, Inv. Sgt. Allison helped many of the current Sheriff’s Office employees through the hiring process.