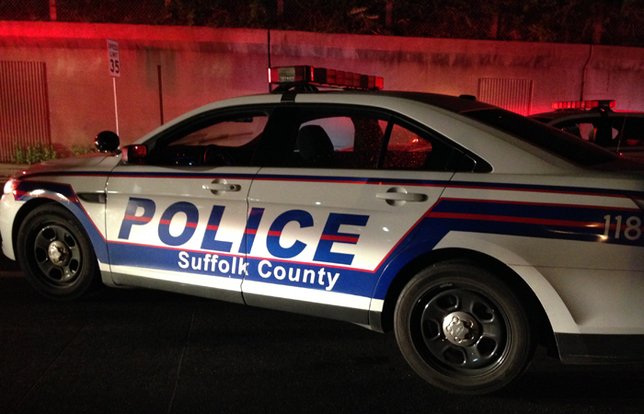 Suffolk County Police arrested a man for leaving the scene following a motor vehicle crash that killed a male pedestrian in St. James.
Michael McDermott was jogging on the shoulder of the southbound lane of Lake Avenue, north of Oak Street, when he was struck by a southbound 2014 Nissan sedan. The driver, Keith Clancy, fled the scene in the Nissan. McDermott, 37, of Smithtown was pronounced dead at the scene by a physician assistant from the Office of the Suffolk County Medical Examiner.
Police located Clancy driving the Nissan eastbound on the Long Island Expressway. He was pulled over by a Seventh Precinct officer near exit 69 in Manorville.
Clancy, 32, Mattituck, was arrested and charged with Leaving the Scene of an Accident Resulting in Death and Aggravated Unlicensed Operation of a Motor Vehicle. He was arraigned at First District Court in Central Islip.
Detectives are asking anyone with information on this crash to call the Major Case Unit at 631-852-6555. All calls will be kept confidential.
A criminal charge is an accusation. A defendant is presumed innocent until and unless proven guilty.