You’re Out! New Legislation Would Prohibit Smoking on Athletic Fields Throughout Huntington

New legislation would prohibit smoking, traditional and e-cigarettes, on athletic fields across the Town of Huntington. 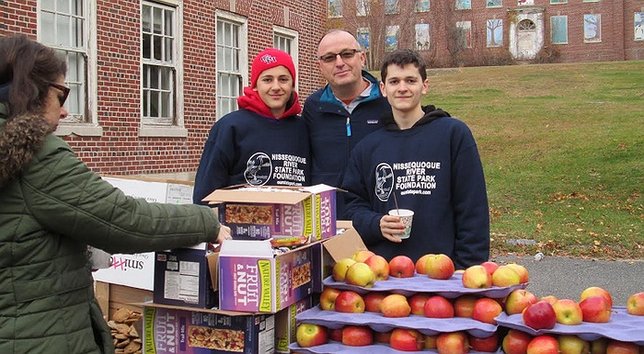 Daniel Stratton (center), resident who brought this issue to the attention of the Town, speaks at a press conference with Legislator William R. Spencer, M.D. (left) and Huntington Town Councilman Mark Cuthbertson (right).

In 2012, Suffolk County passed a law restricting smoking in county parks and beaches only to parking facilities.  Under those provisions, smoking on county owned athletic fields is prohibited, but the county law does not have the authority to ban smoking on town properties. In an effort to better serve the public, Legislator Spencer always looks for ways to interface and partner with the other levels of government which impact the lives of residents.

“As a practicing pediatric ear, nose, and throat physician, protecting residents from the dangers of tobacco is a cause near and dear to my heart.  That is why I stand here with my colleagues on the town level to advocate for these measures,” said Suffolk County Legislator William R. Spencer, M.D.

“I would like to congratulate and thank Councilman Cuthbertson for drafting this policy which is a bold step in helping to reduce the rate of smoking among the youth and ensuring clean air for all who visit our sports fields. Everything counts; even a child becoming conditioned to see cigarettes out in public or out at a ball field, has an impact. This is something that in the long term will save lives.”

The town legislation comes in response to residents who have expressed health concerns in regard to being exposed to secondhand smoke while at sporting events. Although smoking in town parks and beaches has been outlawed for a number of years, athletic fields have not been specifically addressed, leaving this “loophole” that affects the health of students, parents, and coaches.  If approved, sports fields will join playgrounds, beaches, and parks as “No Smoking Zones” in the Town of Huntington.

Even in today’s world, tobacco continues to be the leading cause of preventable, premature death.  Tobacco smoke contains over 7,000 chemical compounds, and of those, more than 250 chemicals are known to be harmful, and at least 69 are known to cause cancer.  When non-smokers breathe in secondhand smoke, they take in nicotine and toxic chemicals by the same route smokers do, and can fall ill or even die due to continued exposure.  Since 1964, it is estimated that 2.5 million non-smokers have died due to health problems caused by second hand smoke.

A public hearing to discuss these measures was opened on July 12th and the resolution is slated to be considered by the Town Board at their next meeting.