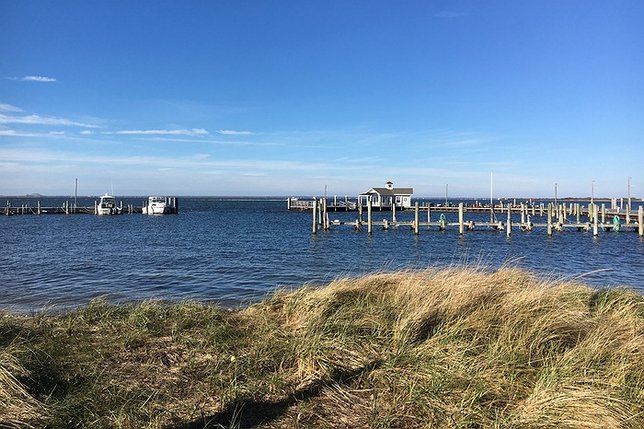 A view of a pier on Great South Bay off of Fire Island, New York.

The US Army Corps of Engineers (USACE) formally began the bid solicitation process for initial construction of Fire Island to Montauk Point project, which will provide essential dredging and shoreline projects spanning 83 miles of Long Island coastline and includes a variety of coastal and wetland restoration projects.
Official bid opening is currently expected to begin on August 3, 2021, after the Project Partnership Agreement (PPA) is fully signed and executed by New York State and USACE.
“The beginning of bid solicitation for the FIMP project is another encouraging sign that this decades-in-the-making effort to preserve, restore and protect the Long Island coastline is finally becoming a reality,” said Congressman Zeldin. “I am grateful to the Army Corps and all the local stakeholders for their continued commitment to efficiently move forward and complete this undertaking for the good of Long Island’s coastal residents, economy, environment and way of life.”
“This has been a week of great progress for the FIMP project,” said Rep. Garbarino. “The bidding process is an important next step and I am encouraged to see this project moving forward following the agreement announcement earlier this week.”
Recently, Congressmen Zeldin and Garbarino announced that all six local PPAs had been signed and sent to the New York State Department of Environmental Conservation, marking a major step forward for the FIMP project.