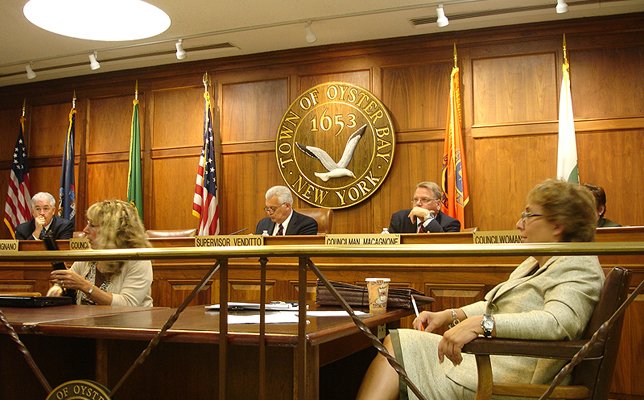 Long Island, NY - June 29, 2017 - Senator John E. Brooks today reiterated the urgent need to establish a state monitor to oversee the finances and operations of the Town of Oyster Bay in light of indictments spawning from the Nassau County district attorney’s investigation into corruption in the Town.
A special grand jury voted to indict several people including former Town Supervisor John Venditto, former Town Public Works Commissioner Frank Antetomaso and ex-Town Planning and Development Commissioner Frederick Ippolito. The indictment is expected to be unsealed in Mineola today, Thursday, 6/29.
Senator Brooks, who introduced legislation (S.2308) to establish a state monitor to oversee the finances and operations of the Town of Oyster Bay, said, “The systemic corruption in Oyster Bay demands a monitor to bring transparency to an ingrained, almost historical culture of flouting the law for personal gain. Town of Oyster Bay taxpayers desperately need some sunlight in the dark corners of this troubling mismanagement and pervasive corruption.”
Senator Brooks’ bill originated in response to the Town’s junk credit rating stemming from large debts, operating deficits, disastrous and corrupt loan guarantees, and an investigation by the Securities and Exchange Commission. The bill seeks to provide the Town and taxpayers with a state monitor appointed by the State Comptroller for an initial five-year period with the option to extend. The bill passed the Senate Committee on Local Government earlier this year and was referred to Finance.  It has yet to receive a floor vote.
Brooks concluded, “Independent oversight will put the town on the right track toward fiscal stability and health. The taxpayers of Oyster Bay deserve integrity and trust in their elected officials, not scandal and fiscal mismanagement perpetrated at their expense.”