NFPA: There's No Safe Way to Use Consumer Fireworks!

As the Fourth of July approaches, the National Fire Protection Association (NFPA) is reminding the public that there’s no safe way to use consumer fireworks. 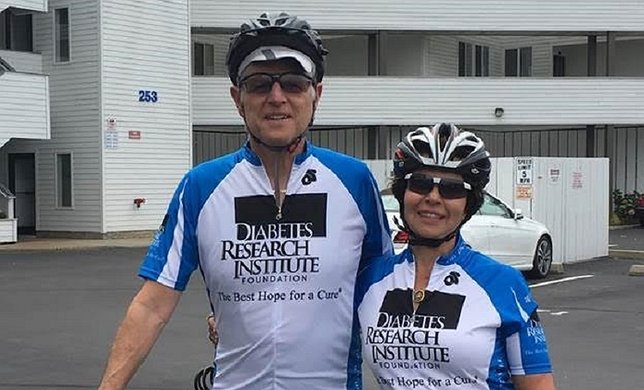 Quincy, MA - June 28, 2016 - As the Fourth of July approaches, the National Fire Protection Association (NFPA) is reminding the public that there’s no safe way to use consumer fireworks. According to NFPA, coordinator of the Alliance to Stop Consumer Fireworks, U.S. fire departments responded to an annual average of 18,500 fires caused by fireworks between 2009 and 2013. These fires included 1,300 structure fires, 300 vehicle fires, 16,900 outside and other fires, and killed two people per year.

Almost half (47 percent) of the fires reported on Independence Day in the U.S. during this period were started by fireworks, more than any other cause of fire. However, the vast majority of fireworks injuries occur without a fire starting. According to the Consumer Product Safety Commission (CPSC), more than half of fireworks injuries each year are to extremities – hand or finger (36 percent), legs (14 percent), and arms (5 percent). Most of the remaining injuries were to parts of the head (38 percent), including the eye (16 percent of total).

“Each year, thousands of people are injured from using consumer fireworks and some of those injuries are extremely serious,” said Lorraine Carli, NFPA’s vice president of Outreach and Advocacy. “Even sparklers, which are often thought of as harmless enough for children to hold, burn at 1,200 degrees Fahrenheit and can cause significant injuries.”

The Consumer Product Safety Commission’s 2014 Fireworks Annual Report shows fireworks were involved in an estimated 10,500 injuries that were treated in hospital emergency departments across the United States in 2014. The report indicated that 67 percent of these incidents occurred from June 20-July 20, 2014. That year, there were also 11 non-occupational fireworks-related deaths in the U.S., several of which involved people who were not using fireworks but were trapped in house fires that were caused by them.

Thirty-five percent of people injured by fireworks were under the age of 15, with children between the ages of five and nine requiring the highest level of emergency treatment. Seventy-four percent of the victims that sustained fireworks-related injuries were males, while 26 percent were females.

So how can you celebrate the holiday safely? Attend public fireworks displays put on by trained professionals.

“Knowing the harm fireworks inflict each year, particularly on young people, we urge everyone to leave fireworks to the professionals who are trained to safely put on spectacular displays. It is by far the safest way to enjoy them,” said Carli.

NFPA offers a wealth of information on fireworks safety, including videos and tip sheets that demonstrate just how dangerous consumer fireworks can be.

More fireworks statistics can be found in NFPA’s 2016 Fireworks Report. 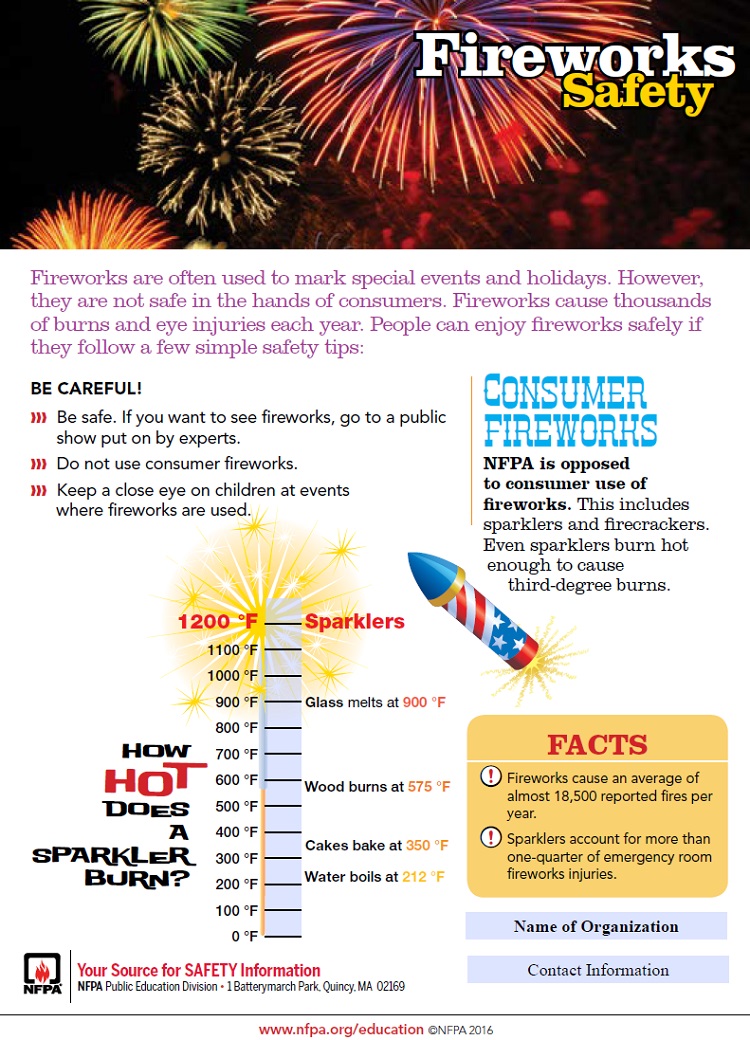 About the National Fire Protection Association (NFPA)
Founded in 1896, NFPA is a global, nonprofit organization devoted to eliminating death, injury, property and economic loss due to fire, electrical and related hazards. The association delivers information and knowledge through more than 300 consensus codes and standards, research, training, education, outreach and advocacy; and by partnering with others who share an interest in furthering the NFPA mission. For more information visit www.nfpa.org. All NFPA codes and standards can be viewed online for free here.