Program airs in NY and CT on Cablevision 29 and 137 and Verizon FiOS 296 and streams simultaneously at Telecare TV. 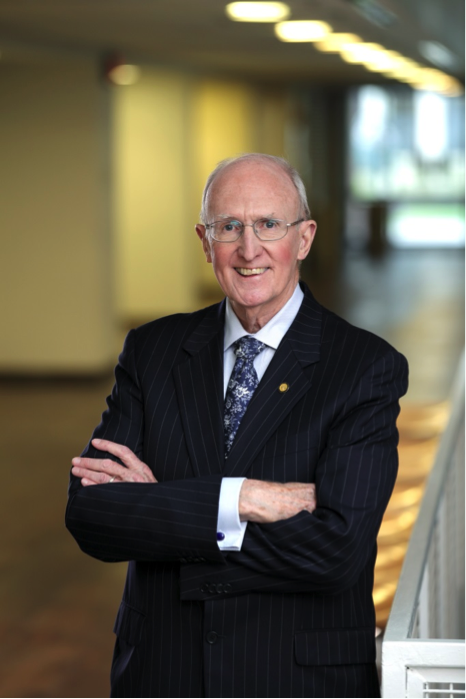 After covering a range of topical issues during the airing of Exploring Critical Issues, President Robert A. Scott will use his final show to look back on some of the subjects that are still highly relevant today as they were when he first discussed them.

Seen by nearly ten million households, Exploring Critical Issues has earned four Telly Awards (the cable equivalent of an Emmy) and the 2013 MarCom Gold Award for the Critical Regional Public Policy Issues (broadcast and cable) Campaign.  As the engaged University, Adelphi is proud to sponsor Exploring Critical Issues to provide scholars, advocates and other distinguished guests with a forum in which to examine important local, regional, national and global topics, including the environment, health, business, the arts, politics, law and government regulations.

About Adelphi University:
Adelphi is a world-class, modern university with excellent and highly relevant programs where students prepare for lives of active citizenship and professional careers. Through its schools and programs—College of Arts and Sciences, Derner Institute of Advanced Psychological Studies, Honors College, Robert B. Willumstad School of Business, Ruth S. Ammon School of Education, University College, College of Nursing and Public Health and the School of Social Work—the coeducational university offers undergraduate and graduate degrees as well as professional and educational programs for adults. Adelphi University currently enrolls nearly 8,000 students from 43 states and 45 foreign countries. With its main campus in Garden City and its centers in Manhattan, Suffolk County, and Poughkeepsie, the University, chartered in 1896, maintains a commitment to liberal studies, in tandem with rigorous professional preparation and active citizenship.