Legislation introduced following incidents on Long Island where Confederate Flags were displayed on Fire Trucks and on Public Property. 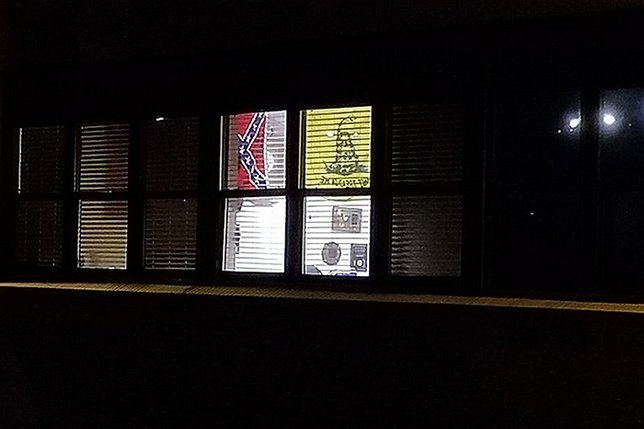 This week, the New York State Assembly passed legislation introduced by State Senator Anna M. Kaplan (D-North Hills) and Assemblymember Michaelle Solages (D-Elmont), S.4615A/A.5402A, that will ensure symbols of hate are prohibited from being displayed on public property and taxpayer funded equipment throughout the state of New York. The action in the Assembly followed action by the State Senate, who passed the legislation in May.
The legislation comes following a widely reported incident last year involving the display of a confederate flag on a fire truck in a parade in Suffolk County, and following the revelation of a confederate flag being displayed in a window at a fire department in Nassau County.
"You'd think it was common sense that taxpayer property can't be used as a platform for hate, but shockingly there's no law saying so." said bill sponsor Senator Anna M. Kaplan. "Public property belongs to all of us, and this measure is critical to ensure that our public property isn't used to promote hatred. I'm proud that, together with my partner Assemblymember Michaelle Solages, we were able to get this legislation passed through both houses of the Legislature, and I look forward to the Governor signing it into law this year. It's simply too important, and we can't wait any longer to get it done."
“Hate-inspired symbols will never be tolerated in our state, and I am proud to partner with Senator Anna Kaplan to ensure that all municipal corporations adhere to that very sentiment,” stated Assemblymember Michaelle Solages. “Now more than ever, it is imperative that New York State stands firm and consistent in our commitment to denouncing hate, bigotry, and intolerance in all its forms.”
The legislation, S.4615A/A.5402A, will:
Following passage in both houses of the legislature, the bill now goes to the Governor.