James McNair, a.k.a. Jimmy Mack is dead after an incident on the New Jersey Turnpike. McNair was riding with Tracy Morgan who remains at the hospital. 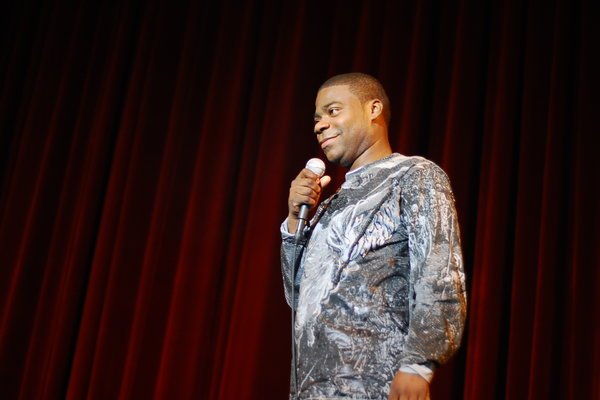 A six-vehicle crash on Saturday has left one man dead and two people in critical condition.

The incident involves James McNair, also known as “Jimmy Mack” in the world of comedy, Tracy Morgan and two others who were left in critical condition after a Walmart truck driver caused the deadly pileup on the New Jersey Turnpike.

James McNair, 62, was killed in the incident and Tracy Morgan, 45, was critically injured with three others who were inside a limo bus making a return home after a standup comedy show in Delaware. The group was on tour for the show “Turn it Funny.”

According to preliminary investigation by police, the Walmart truck driver did not notice slowing traffic and slammed the back of Morgan’s vehicle causing a chain reaction that also involved another tractor trailer and three passenger vehicles. Drivers and passengers in the other vehicles were not injured, according to authorities.

Walmart truck driver, Kevin Roper, 35, has been charged with one count of death by auto and four counts of assault by auto. He was held on $50,000 bail.

Many are saddened by the loss of McNair, including Morgan who’s had a long friendship with McNair as his career in comedy took off with stints on “Saturday Night Live and his sitcom “30 Rock.”

Morgan remains in the hospital after he suffered several injuries, including broken ribs, a broken nose, a broken leg and a broken femur, according to reporting from CNN.