The Long Island High School Baseball Championships were settled this past week, with teams moving on to compete in the New York State playoffs. 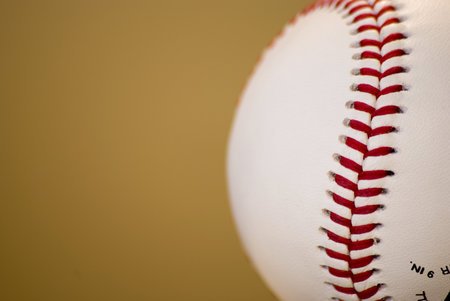 It is now June and the school year is just a few weeks away from being over - something that students across Long Island have been rejoicing. It is the time of the year that most of the spring sports finish up, and yesterday saw three Long Island Championship baseball games.

In two of the title games, there were a total of just six runs scored between the four teams. There were three complete games and well-played baseball across the whole island in the most important games of the season.

For the teams that won, it is on to the state tournament where they will set their sights higher onto a New York state championship. Long Island will be represented by two teams from Suffolk County, and one from Nassau County.

They hit only one homerun as a team all season, but instead winning with pitching and defense, an old-school approach that is not seen that often anymore.

That small-ball style of baseball was on display against Clarke in the fifth inning. After a leadoff single by Matt McKinnon, he moved up to second base on a sacrifice bunt. He then came around to score on an error, giving Bayport-Blue Point a 1-0 lead.

Later in the inning, they loaded the bases with a couple of infield singles and then received a little bit of luck. Ryan Smith tried the squeeze play and was able to pop it over the charging third baseman of Clarke.

After a couple more Clarke errors, Bayport-Blue Point had themselves a 4-0 lead, which proved to be more than enough for starting pitcher Jack Piekos. Piekos struck out nine batters over seven innings, and dominated the Clarke hitters all afternoon.

Bayport-Bluepoint is the first Suffolk team to go undefeated en route to a Long Island title since Walt Whitman in 1975. They move on to the state playoffs where they take on the winner of Queensbury or Cortland at Binghamton University.

CLASS AA: Ward Melville 1, Massapequa 0
If you are a fan of good pitching and defense as a winning formula in baseball, than you would have loved the Class AA final between Ward Melville and Massapequa at the Dowling Sports Complex.

There were a total of 11 hits in the game, and only one run. Neither team was able to muster up a lot of offense.

That lone run came in the first inning, and much like the Class A final, it was small ball that did the trick.

After centerfielder Anthony Kay reached on a bunt single, he advanced to third on a double by Greg Coman. Kyle Pedroli would then groundout which scored Kay from third base, giving Ward Melville an early 1-0 lead.

That turned out to be all starting pitcher Chris Cepeda needed as he was masterful all day. Despite walking one and hitting three batters, Cepeda could do no wrong. He struck out three batters and gave up only three hits.

Massapequa was able to get some guys on base in the fifth and seventh innings, but each time Cepeda got even tougher, not allowing Massapequa to get the clutch hit.

On the other side, Massapequa starting pitcher Alex Cosenza couldn’t have pitched much better. That first inning run was the only one he allowed, and he scattered eight hits over a complete game.

CLASS B: Wheatley 14, Southampton 2
The Class B final wasn’t quite the nail biter that the other two finals were, but Wheatley captured the Long Island Class B title by knocking off Southampton 14-2.

The majority of the damage was done in the seventh and final inning, as Wheatley scored 10 runs in the final inning to blow the game wide open.

Southampton actually got out to a 2-0 lead in this one, as starter Wyatt Schmidt had no-hitter into the fifth inning until Wheatley starter Matt Rothstein broke it up with a double. Wheatley would end up getting four runs in that inning thanks in part to three Southampton errors.

The score would stay that way up until the seventh inning when the floodgates opened up for Southampton. An error began the inning and seemed to be the theme of the game as Wheatley had 10 runs on the board in the seventh before Southampton could record an out. Wheatley sent 15 batters to the plate in the inning, and put Southampton away.

In reality, they probably did not need all those runs as starter Matt Rothstein was dealing from the start. Rothstein tossed a complete game, allowing just one run on six hits and striking out six. Lambert Chu helped pace the Wheatley bats going 2-4 for two runs batted in.