The Mets won this year’s hometown battle before they traveled to Miami and the Yankees hosted Boston. 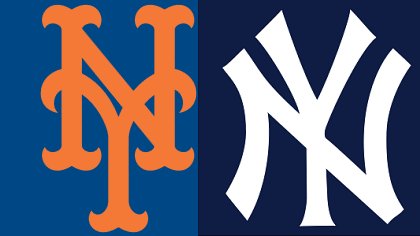 The Yankees’ band of platoon players and last-minute offseason acquisitions have performed quite admirably in the absence of stars like Jeter, Teixeira, Rodriguez, and (with a brief exception) Granderson—going so far as to take first place in the AL East for a period—but they ran into a brick wall when they faced their sub-.500 crosstown rivals this week.

Following a 2-1 win Mets win to open the series, New York was ready for another pitchers’ duel when Hiroki Kuroda and Matt Harvey took the mound on Tuesday. The matchup played out exactly as billed, with both teams’ hitters struggling to get to the man who has been their opponent’s best starter this season. For the second night in a row the Yankees struck first and did so in the sixth inning, this time on a Lyle Overbay Single which brought Brett Gardner home. For the second night in a row, that would also prove the Yanks’ only offensive production as Harvey held them scoreless over the next two innings (working in and out of trouble in the eighth) and Scott Rice came in to keep the game close in the ninth.

Kuroda, for his part, pitched seven scoreless innings before turning the ball over to David Robertson in the eighth, who made up for blowing the game prior by continuing Hiroki’s shutout in Queens. In a peculiar twist of fate, the Mets scored their first run in the ninth inning when they faced baseball’s greatest closer for the last time. Mariano Rivera gave up a double to Daniel Murphy to start the inning, then allowed David Wright an RBI single to tie the game, followed by an RBI single for Lucas Duda to win it. It was Mariano’s first blown save in 19 attempts this season, and the first time in his entire illustrious career that he blew a save without retiring a single batter.

Coming off a pair of 2-1 wins in Citifield, the Mets were ready to drive in a few more runs when they came to Yankee Stadium on Wednesday, and David Phelps looked powerless to stop them. He started the game by giving up a single to Rubin Tejada, then an RBI double to Murphy. Phelps walked Wright then struck out Duda before giving up an RBI single to John Buck. Rick Ankiel walked as well, and was followed by a fielding era courtesy of Jayson Nix which allowed Marlom Byrd to reach first and Wright to run home. Ike Davis’ ensuing single brought Buck and Ankiel home, putting the Mets up 5-0 and knocking Phelps out of the game, and that was just the top of the first inning.

Byrd would net himself a solo shot off Adam Warren in the third and Duda found another pair of runs on a double in the fourth to bury the Yanks even further, taking an 8-0 lead. Brenan Boesch homered in the bottom of the inning to put the Yankees on the board, then brought Travis Hafner home to start a 2-run sixth, but it was not enough to undo the damage done in the first inning; the Mets went on to take the game 9-4 and earn Jeremy Hefner his first win of the year.

Bats on both sides quieted down a bit during Thursday’s finale of the four-game set, but they were not entirely silent. Byrd struck first to give the Mets a 2-0 lead when he homered off Vidal Nuno in the second, and Robinson Cano answered with a solo blast in the third to keep the game within one run. Neither team scored again until a Buck single in the eighth brought Omar Quintanilla home, giving the Mets a 3-1 lead. That lead would hold as Dillon Gee got his 3rd win, Bobby Parnell collected his 9th save, and the Mets swept the Yankees for the first in the history of interleague play. The series gave the Mets bragging rights for a year and the Yankees their longest losing streak this season.

With a win over Atlanta preceding their sweep of the Yankees, the Mets built a 5-game winning streak to begin the week. Unfortunately, that streak did not follow them to Miami last night. Shaun Marcum, who is still looking for his first win of the season, had an impressive battle with the Marlins’ Jacob Turner through six-and-a-half innings, but it all fell apart for him in the bottom of the seventh. After letting two batters on before getting an out, he proceeded to allow four runs in the inning and was taken out of the game. Murphy scored the Mets’ only run in the eighth on a double as New York lost 5-1.

Having lost their last game against Tampa and been swept by the Mets, the Yankees began this week with a 5-game slump—their longest of the season. They parted with their crosstown rivals to welcome their greatest divisional enemies to the Bronx last night, hoping to snap the skid and earn CC Sabathia his first and only win for the month of May. Mark Teixeira and Kevin Youkilis also returned from injury, giving New York some hope their power might remedy the fact that the Bronx Bombers only scored 1 run in three of their four meetings with the Mets.

Teixeira did his part by making it to third after being walked prior to a Vernon Wells double in the second inning. Nix  singled to bring him home, and Suzuki followed by driving Wells home with his own single, putting the Yankees up 2-0. Youkilis made it 3-0 when he singled to score Suzuki in the fifth. Sabathia did not allow a run until the seventh, to which Gardner responded with an RBI in the bottom of the inning, giving New York a 4-1 lead.  CC struck out 10 batters through eight-and-a-third en route to his first win in a month; Rivera picked up his 19th save to close the game out.

With that win the Yankees are now only one game behind the Red Sox in the AL East. They will try to erase that deficit at 7:15 PM tonight before closing the series at 8:05 PM tomorrow.