The bill would return savings to commuters as they continue to experience repeated travel problems that jeopardize jobs and paralyze the region’s economy. 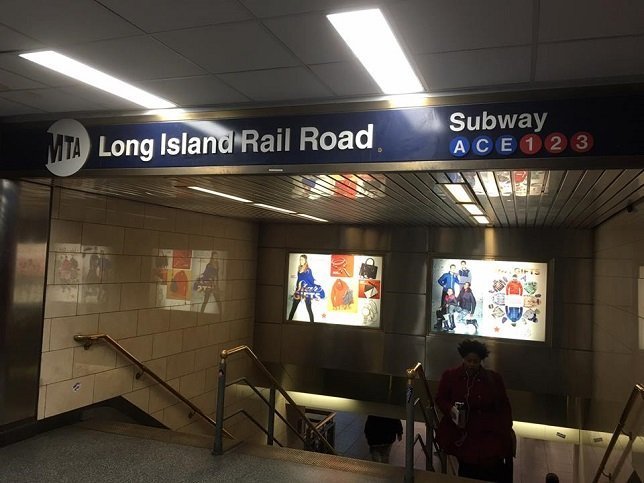 Senator Phillips: "Long Island commuters are not getting what they paid for at Penn Station."

Albany, NY - May 23, 2017 - The New York State Senate today passed legislation to help compensate Penn Station commuters and hold Amtrak responsible for costly and frustrating delays. The bill (S6421), sponsored by Senator Elaine Phillips (R-C, Manhasset), would withhold New York State’s payments to Amtrak, operator of Penn Station, and return the savings to commuters as they continue to experience repeated travel problems that jeopardize jobs and paralyze the region’s economy.
Senator Phillips, lead sponsor of the bill and a former LIRR commuter for over 20 years, said, “Long Island commuters are not getting what they paid for at Penn Station. Massive delays and cancellations happen so often that the only thing Long Islanders can rely on Penn Station for is to be unreliable. It’s totally unacceptable. Like any tenant, LIRR riders should get a refund when the landlord is not meeting their obligations to deliver services. I’m pleased the Senate has acted in a bipartisan manner to help provide much needed relief to commuters who have been enduring a recurring nightmare for far too long.”
Lengthy unannounced delays, service disruptions, and dangerous track conditions have been ongoing for the Long Island Rail Road (LIRR) and other trains that use Penn Station. Recently, Amtrak forecasted additional reductions in LIRR service – potentially 25 percent – to complete overdue repairs of four tracks and other infrastructure this summer, which will likely lead to more unacceptable issues for New York commuters.
A state report released this year estimated that 7.5 million LIRR riders were delayed or had rides canceled or terminated before reaching their destination in 2016, resulting in more than $60 million in lost productivity.
The bill authorizes the Metropolitan Transportation Authority (MTA) to discontinue all payments to Amtrak as a way of compensating commuters affected by unscheduled delays and cancellations that result from Amtrak’s inadequate maintenance. The payments could be withheld until December 31, 2017, unless service for trains arriving and departing at Penn Station is restored to 95-percent on-time performance for at least one month. The monies withheld by MTA would be directed back to commuters in the form of savings on fares.
Joining Phillips to cosponsor the bill are Senate Majority Leader John J. Flanagan; Senators Carl Marcellino (R, Syosset); Kemp Hannon (R, Nassau); Thomas Croci (R, Sayville); Kenneth LaValle (R-C-I, Port Jefferson); and Phil Boyle (R-C-I, Bay Shore).
Senator Flanagan said, “Our region’s commuters are rightfully fed up with Amtrak for the repeated train disruptions and lack of information that puts people’s jobs and our economy at risk. I applaud Senator Phillips for taking action to get results that will either urge Amtrak to fix the chronic delays and maintenance issues once and for all, or compensate the passengers for Penn Station’s ongoing problems.”
Senator Marcellino said, “LIRR riders pay a premium price for their train service.  They should, at the very least, be able to count on the trains running on time. Mechanical problems, cancelations and delays have become the only sure thing when you arrive at the station.  This legislation puts the needs of the ridership first and will help restore a level of accountability.”
Senator Hannon said, “Long Island Rail Road commuters have long suffered through delays, cancellations and other disruptions, and the problems have only been exacerbated in the past several months. With the planned closures at Penn Station during Amtrak’s extensive rehabilitation project, which will further significantly impact service for LIRR riders, I join my Senate colleagues in discontinuing any and all payments to Amtrak in order to fully compensate LIRR commuters who’ve experienced unscheduled delays and cancellations caused by 'inadequate maintenance' of Penn Station and its tunnels. That would include commuters impacted from March 24 through Dec. 31 of this year. The maintenance is long overdue, and these delays are totally unacceptable.”
Senator Croci said, “For the Long Island Railroad commuter it has been long, tiresome, and beyond frustrating. Delays and disruption are stealing time away from work and family.  LIRR and Amtrak service problems must be remedied. This legislation will ensure hardworking commuters and riders - the riding public will be the priority.”
Senator Boyle said, “Our LIRR commuters deserve reliable transportation. With the enormous amount of delays and headaches customers are experiencing, this bill will provide some relief for impacted riders.”
In April, New Jersey Transit also announced it would stop paying Amtrak until an independent examination verifies that the tracks, signals, and other equipment are in a state of good repair. Combined, New York and New Jersey pay approximately $150 million a year for the use of Penn Station. Currently New York pays Amtrak millions for lease payments and other improvements at Penn Station. In addition, the MTA’s 2015-2019 Capital Program includes over $240 million for projects to improve the passenger flow and customer experience at Penn Station.
The bill has been sent to the Assembly.