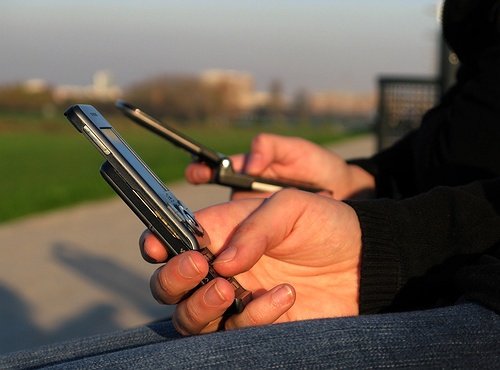 The State Attorneys General and federal regulators allege that cramming occurred when Sprint and Verizon placed charges from third parties on consumers’ mobile telephone bills without the consumers’ knowledge or consent. Sprint and Verizon are the third and fourth mobile telephone providers to enter into a nationwide settlement to resolve allegations regarding cramming. Attorney General Schneiderman announced similar settlements with AT&T in October of 2014 ($105 million) and T-Mobile in December of 2014 ($90 million). All four mobile carriers announced that they would cease billing customers for commercial PSMS in the fall of 2013.

“It’s both unfair and illegal to charge consumers for services they did not request, a practice that Sprint and Verizon engaged in over several years,” said Attorney General Schneiderman. “Under today’s settlement, an estimated 2 million New Yorkers will be eligible for refunds and both companies have committed to ending this deceptive business practice.”

Under the terms of the settlements, Sprint will pay $68 million and Verizon will pay $90 million. Of these amounts, Sprint and Verizon are required to provide $50 million and $70 million, respectively, to consumers who were victims of cramming. Sprint and Verizon will each distribute refunds to harmed consumers through redress programs that will be conducted under the supervision of the Consumer Financial Protection Bureau. It is estimated that more than 2 million New Yorkers are entitled to refunds.

Consumers can submit claims under the redress programs by visiting www.SprintRefundPSMS.com and/or www.CFPBSettlementVerizon.com. On those websites, consumers can submit claims, find information about refund eligibility and how to obtain a refund, and request a free account summary that details PSMS purchases on their accounts. Consumers who have questions about the redress programs can visit the program websites or call the settlement administrators at (877) 389-8787 (Sprint) and/or (888) 726-7063 (Verizon).

The settlements, like the settlements entered into by AT&T and T-Mobile in late 2014, require Sprint and Verizon to stay out of the commercial PSMS business—the platform to which law enforcement agencies attribute the lion’s share of the mobile cramming problem. Under each of the four settlements, the carriers, including Sprint and Verizon, must also take a number of steps designed to ensure that they only bill consumers for third-party charges that have been authorized, including the following:

Attorney General Schneiderman’s Office partnered with the other 49 State Attorneys General, the District of Columbia, the Consumer Financial Protection Bureau, and the Federal Communications Commission on the case.