History: Photo of Men Launching a Boat on Long Island 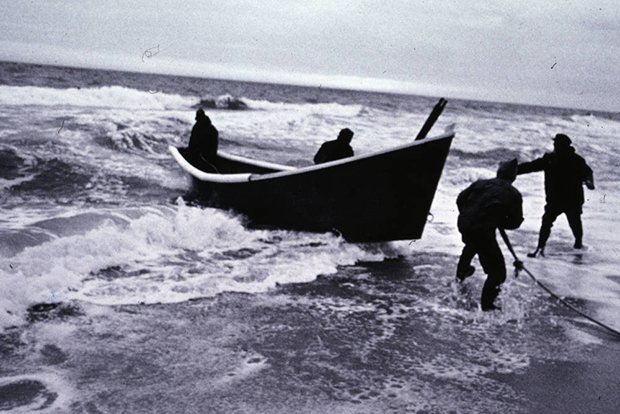 The title of this photograph is “Launching a Dory into the Ocean.” The description says that the picture shows a crew of baymen launching their dory into the ocean. The crew appears to have four men.

The image appears very similar or to be part of the images from the Men's Lives/Long Island Fisherman Photo project, which was the brainchild of Doug Kuntz and organized by Adelaide De Menil. Photographs from that project were taken between 1980 and 1985, and that date range is used to estimate the date for this image.