Lupinacci: “Unfortunately, another year passes and our state’s ranking as one of the most taxed states in the country remains unchanged.” 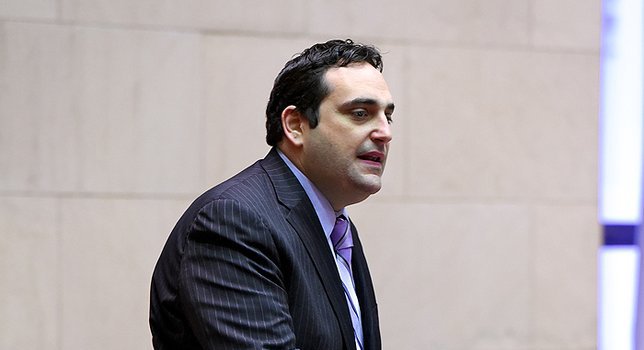 Photo by: Office of Assemblyman Chad A. Lupinacci

Long Island, NY - May 10, 2017 - Assemblyman Chad A. Lupinacci (R,C,I-South Huntington) criticized New York’s economic policies as the state was ranked third to last on Tax Freedom Day. According to the Tax Foundation, Tax Freedom Day is the day when the state as a whole has earned enough money to pay its total tax bill for the year. Ranked ahead of only New Jersey and Connecticut, it takes New York taxpayers longer than the remaining 47 states to pay off its total tab for the year.
“Unfortunately, another year passes and our state’s ranking as one of the most taxed states in the country remains unchanged,” said Lupinacci. “From our schools to our law enforcement, taxes play a critical role for a number of services we rely on each day. However, all too often the government passes laws that expand the size of government and then pass that cost onto us. Homeowners, business owners, landlords, renters and nonprofits all feel the pinch as more of their money is taken out of their paychecks to fund fiscally unsound and irresponsible programs.
“Our state’s population has declined and economic growth has fallen exponentially. We need policies that allow Americans to use their money as they deem fit, and to make room for businesses to open and hire New Yorkers from all economic and educational backgrounds. This is a strategy that puts the people back in control and sets us on a path to economic success.”
Assemblyman Lupinacci represents the 10th District, which consists of parts of Suffolk County. For more information, please visit Assemblyman Lupinacci’s Official Website.