This bipartisan legislation follows the release of an alarming study earlier this year by the First Street Foundation. 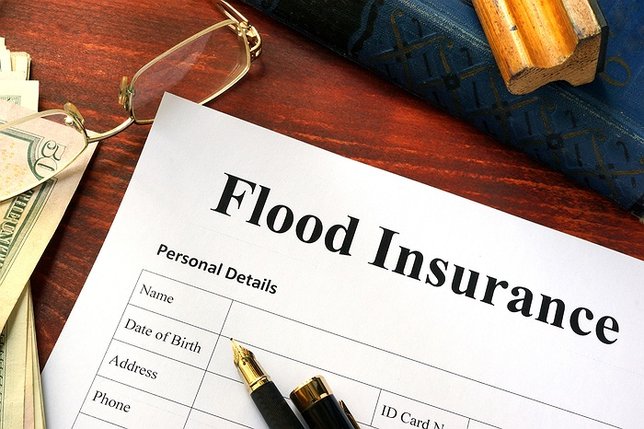 U.S. Representatives Kathleen Rice (NY-04) and Andrew Garbarino (NY-02) introduced the National Flood Insurance Program Reporting on Impact to Seaboards and Counties (NFIP RISC) Act to require the Federal Emergency Management Agency (FEMA) to release a comprehensive impact analysis of new flood insurance rates at least six months before any changes can be made to the NFIP. Additionally, the bill would prohibit any changes to FEMA’s flood-risk assessment methodology during, or within six months following, the COVID-19 emergency declaration.
This bipartisan legislation follows the release of an alarming study earlier this year by the First Street Foundation, a group of academics and experts that models flood risks. According to the study, the NFIP would have to “quadruple premiums on high-risk homes inside floodplains to reflect the risks they already face.” The First Street Foundation states it conducted the study using the same flood-modeling techniques that FEMA is using in Risk Rating 2.0, its new system to calculate flood insurance premiums. Currently, FEMA plans to implement premium changes on October 1, 2021 for new flood insurance policies and amend existing policies on April 1, 2022.
“We cannot allow Long Island homeowners to be burdened with more expensive flood insurance premiums during this national emergency,” said Rep. Kathleen Rice. “Especially when FEMA has not yet explained how Risk Rating 2.0 will affect grandfathered policies or low-income households. This bipartisan bill will require that FEMA publicly disclose and provide additional details before any changes to its flood insurance models can be implemented. I thank Congressman Garbarino for joining me in this effort to protect homeowners on Long Island and across the country by preventing any sudden changes to the NFIP and ensuring FEMA’s new methodology can be fully vetted and analyzed.”
“I am proud to join this bipartisan effort to bring transparency and accountability to FEMA’s flood-risk assessment process,” said Rep. Andrew Garbarino. “The last thing Long Islanders need this year is an unexpected increase in their flood insurance premiums. This bill would not only require FEMA to provide analysis of the impact of upcoming changes to its flood-risk assessment methodology, but also ensure that no premium increases will go into effect while our community is still reeling from the COVID-19 pandemic. Flood insurance is essential for coastal residents, but the people of Long Island deserve better than to be blindsided by premium hikes, especially during a global pandemic. This bill will help ensure that homeowners know what to expect and are given the time to prepare before any changes to their premiums are implemented.”
Long Beach City Councilmember Liz Treston reached out to Rice about introducing legislation following the First Street Foundation study, expressing her concerns with rising costs.
“Our communities are made up of diverse socio-economic populations that cannot afford drastic increases in flood insurance,” said Council Member Liz Treston. “New York is projected to see 68 percent of our policies increase, and NFIP policies should fairly reflect this risk nationally. I’m also concerned how new rates may impact the Community Rating System, an important program that provides residents with discounts on their policies. During this pandemic, it seems the right thing to do is to once again, put off Risk Rating 2.0 and give us all a chance to recover, both from still unaddressed Sandy issues and effects of the pandemic itself. I support the bipartisan NFIP RISC Act because the extra time would allow us to see how this all will work and if it truly reflects true costs to our families and policyholders.”
Michele Insinga, the Executive Director of Adopt A House, a local non-profit dedicated to Sandy recovery efforts, also supports the NFIP RISC Act.
“Advocates have been concerned with FEMA Risk Rating 2.0 since it was first announced two years ago,” Michele Insinga, Executive Director of Adopt A House. “So much is still unknown regarding how it will affect our NFIP policyholders on Long Island and across the nation. Too many are still in recovery mode after Sandy, and we must know how Risk Rating 2.0 will affect policyholders. When we read 10,000 policies in New York will face the highest price increases, we fear most will be on Long Island. We have properties that are still considered substantially damaged from Sandy that never got into the New York Rising program. The high cost to rebuild and vicinity to water are only a few variables already driving up flood insurance premiums, and further increases may risk loss of property value. We should support the middle class and households that are low-income, not drive them away.
The public disclosure required by the NFIP RISC Act would have to include a comprehensive analysis of the expected impacts from new chargeable premium flood insurance rates. The impact analysis would include detailed information on:
Full text of the NFIP RISC Act.