Suffolk County officials have decided to rename the Vanderbilt Planetarium after IGA magnate Charles Reichert and his wife, Helen Reichert, who donated $850,000 to preserve and expand the planetarium's programs. 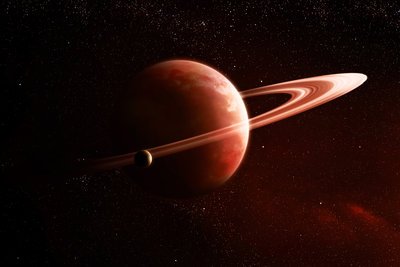 Suffolk County’s Vanderbilt Planetarium, a popular location for school field trips and laser light shows, has been renamed the Charles and Helen Reichert Planetarium after the couple donated $850,000 towards preserving the historical and educational site.

Suffolk County lawmakers discussed the name change on Tuesday, citing that the change may cause confusion among those who have only known the Centerport facility as the Vanderbilt Planetarium, before coming to a unanimous agreement to name the museum for the Fort Salonga resident and IGA supermarket mogul, Charles Reichert, and his wife, Helen Reichert.  The decision to honor the couple was largely made because the donation was a private gift.

The planetarium and museum was originally named for William K. Vanderbilt, who left his mansion and a $2 million trust to the county after his death in 1944.  His daughter, Muriel Vanderbilt, donated an additional $6.2 million to preserve the estate and educational programs.

Back in March, the facility reopened its doors after a $4 million renovation, which includes new shows for children and adults, as well as more interactive activities.  In its first month open, the museum had more than 10,000 visitors.

The planetarium, which will now be informally called the Reichert Family Planetarium at the Vanderbilt Museum, is visited by approximately 200 students for field trip programs every day, and will be hosting Astronomy Day next Saturday, May 18, where members of the public are invited to come see shows for all age levels, as well as to hear lectures from real astronomers.