Television and Broadway star, John Tartaglia, will be Tom Needham’s special guest this Thursday at 6 P.M. on WUSB’s the Sounds of Film. 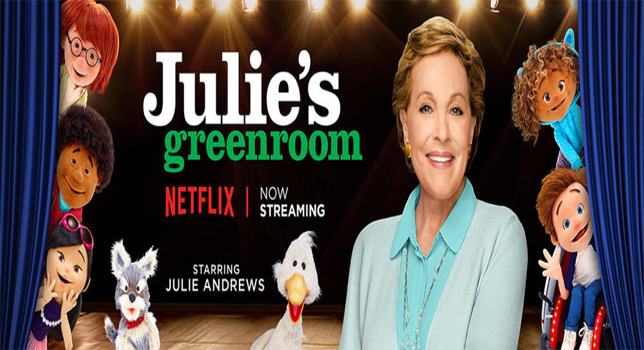 Photo by: Sounds of Film

Stony Brook, NY - May 4, 2017 - John Tartaglia will be discussing his popular Netflix show for children, Julie’s Greenroom, on Tom Needham’s the Sounds of Film this Thursday on WUSB.
John Tartaglia is an American actor, singer, puppeteer, and comedian who is currently working on Julie's Greenroom. He got his start in television when he started working on Sesame Street at age 16 as a performer for many characters. He rose to fame on Broadway when he created and pupperteered the characters of Princeton and Rod in the Tony Award-winning Broadway play, Avenue Q. John also appeared in his own Disney Channel Series, Johnny Sprites. He continues to work regularly on Broadway in shows like Shrek the Musical and Beauty and the Beast.  In addition, John Tartaglia is a member of the Long Island Music Hall of Fame’s Honorary Education Board.

John Tartaglia. Photo Credit: Sounds of Film
Julie’s Greenroom is a new Netflix series for children starring Julie Andrews and brought to life by the legendary Jim Henson Company. In the series, all-new puppet friends, Greenies, learn about various aspects of the arts like dance, singing, performing, painting and more. Emmy and Grammy nominated composer Ryan Shore does the music for the show, which often features Julie Andrews and others, like Alec Baldwin, Carol Burnett, David Hyde Pierce and John Tartaglia.
About the Sounds of Film
The Sounds of Film is the nation’s longest-running film-themed radio show.  For the past 30 years, the program has delivered a popular mix of interviews and music to listeners all over Long Island, parts of Connecticut and streaming live on the Internet.  Previous guests include the Magic Garden’s Carole and Paula, Wallace Shawn, director Ric Burns, Dionne Warwick, Connie Stevens, Bobby Rydell and director Kenneth Lonergan.