Assemblyman McDonough: The Most Deadly Threat To Residents Young And Old, Rich And Poor

McDonough is calling for legislation to address the growing heroin and opioid epidemic that led to over 200 deaths in Nassau County alone in 2015. 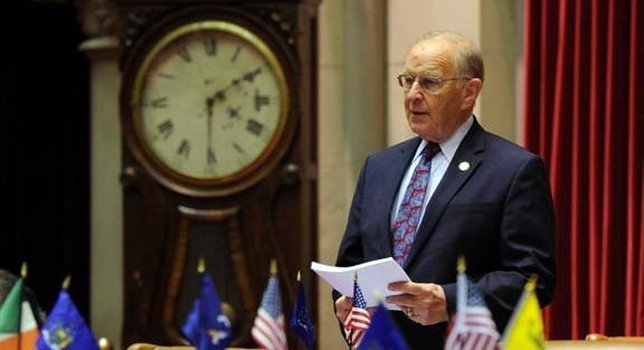 Nassau County, NY - May 3, 2017 - In a response to shocking new statistics showing total drug deaths have nearly doubled in Nassau County since 2010, Assemblyman Dave McDonough (R,C,I-Merrick) is calling for legislation to address the growing heroin and opioid epidemic that led to over 200 deaths in Nassau County alone in 2015, an 82 percent increase since 2010.
“The shocking number of drug related deaths right here in Nassau County should be a wake-up call to Albany politicians as well as local officials that something must be done before we lose any more of our children to this deadly epidemic,” McDonough said.
McDonough has shown support for the “death by dealer” statute that would allow prosecutors to hold drug dealers accountable for selling substances to addicts that lead to their deaths. McDonough is also behind the S.U.R.G.E Initiative, which is a collaborative effort with law enforcement and the attorney general’s office to target gangs and individuals who deal heroin and opioids and commit violence in our communities.
“We cannot simply arrest our way out of this problem, but should push for things like the ‘death by dealer’ statute, requiring insurance companies to disband the ‘fail first’ requirement and focus on pumping resources into local recovery centers to encourage addicts to seek treatment,” McDonough continued. “I am encouraged that we secured $200 million to fund addiction treatment centers around the state in this year’s budget but more legislative action is needed. There are tremendous resources right here at home and I hope everyone struggling with addiction can find the courage to seek help.”
Assemblyman McDonough represents the 14th District, which includes Merrick, Bellmore, North Bellmore, Seaford, Wantagh and parts of Levittown and Roosevelt. For more information please visit his official website.