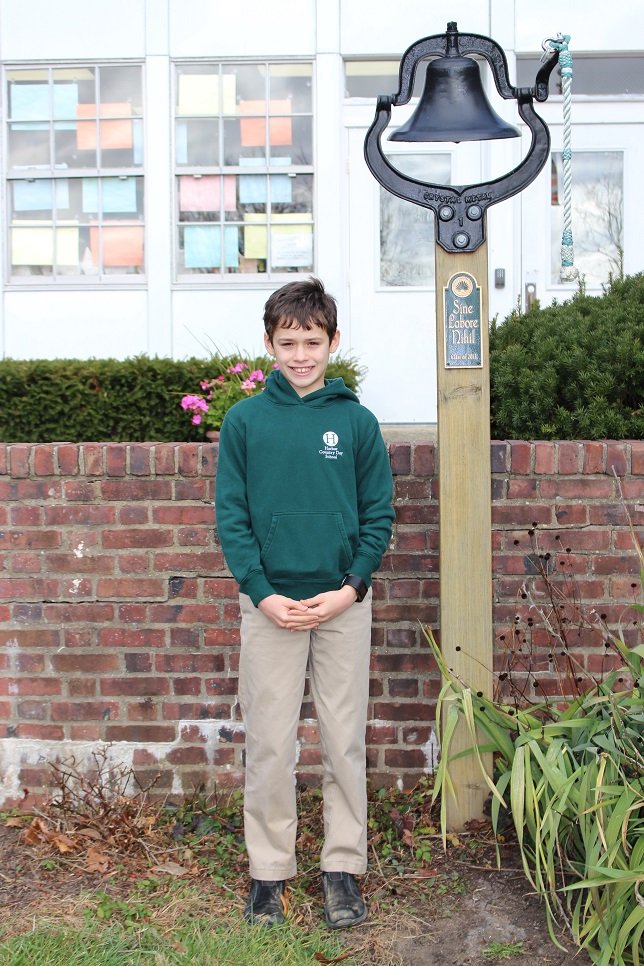 St. James, NY - November 30, 2015 - Harbor Country Day School announced that Michael Doboli, a seventh grader at the St. James independent school, has been named a Long Island Young Scholar of Mathematics. A Smithtown resident, Michael is one of only 84 students island-wide to be granted this prestigious honor and ranks among the top one-tenth of one percent of all Long Island seventh graders.

To qualify as a Young Scholar of Mathematics, Michael participated in 60 hours of rigorous mathematic curriculum over the course of 20 weeks at the Institute of Creative Problem Solving for Gifted and Talented Students at The College at Old Westbury. The Institute accepted Michael from among more than 600 nominees island-wide. The Institute’s curriculum includes topics such as advanced algebra and geometry, discrete math, number theory and probability and statistics, as well as selected applications of mathematics taken from science and engineering.

“Everyone at Harbor Country Day is so incredibly proud of Michael,” said John Cissel, Harbor Country Day Head of School. “Since he joined our school in fifth grade, Michael has been an exceptional student. His curiosity, natural desire to learn and love of math are the reasons for his success in this subject. He is a wonderful role model for his peers and the younger students here at Harbor. It has been a true pleasure watching him grow and develop his passion for numbers through the years. I’ve no doubt that he has a wonderful future ahead of him.”

Since the Institute was founded in 1992, many of its graduates have gone on to compete in national and international math, science and engineering contests and to win prestigious awards such as the Intel and Siemens awards in math, science or technology.

About Harbor Country Day School
Founded in 1958 by conscientious parents, Harbor Country Day School is an independent, co-educational day school for children from preschool through 8th grade situated in St. James’ Village of Head of the Harbor. The school employs a whole-child approach to education, wherein its rigorous curriculum is supported by a broad program in its academic, athletic, advisory, and visual and performing arts departments designed to develop all aspects of each child's talents and interests. Harbor Country Day School’s summer camp program, Camp Harbor, is among the leading summer camp programs on Long Island. The school’s mission to “cherish childhood, cultivate wonder, and inspire confident learners and leaders” underscores every child’s experience at Harbor Country Day School and ensures that all of its graduates are prepared to lead fulfilling lives filled with wonder, confidence, and many successes.

Harbor Country Day School is chartered by the New York State Board of Regents and is accredited by and a member of the New York State Association of Independent Schools (NYSAIS).  It is a non-sectarian, nonprofit organization under section 501(c) (3) of the IRS Code governed by a self-perpetuating board of trustees.  For more information, visit www.hcdsny.org.