The Green Vale School’s sixth grade engaged in a STEAM-oriented project as part of the students’ science curriculum. 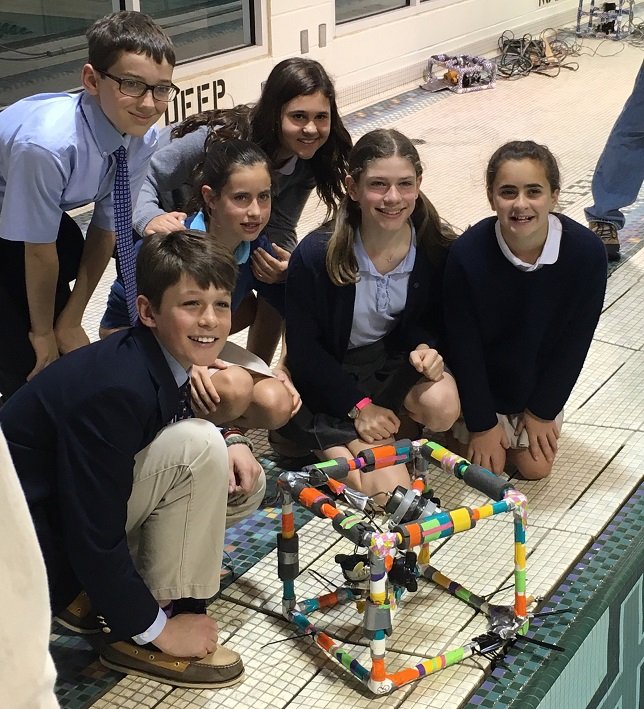 STEAM-oriented event featuring student built, underwater Remotely-Operated Vehicles. All of the teams' ROVs will be available for display and operation at Green Vale's fourth annual STEAM Night on May 10.

Old Brookville, NY - April 25, 2016 - The Green Vale School’s sixth grade engaged in a STEAM-oriented project as part of the students’ science curriculum. They built “Remotely Operated Vehicles” using PVC piping and duct tape, installed an electric motor to make the unit mobile, and added a camera for the ‘driver’ to see which direction to navigate the vehicle. Green Vale Science Chairperson Dr. George Pasquale and Outdoor Environmental Educators Brett Curlew and Carl Storm supervised and assisted the students as they prepared for the school’s third annual ROV competition. 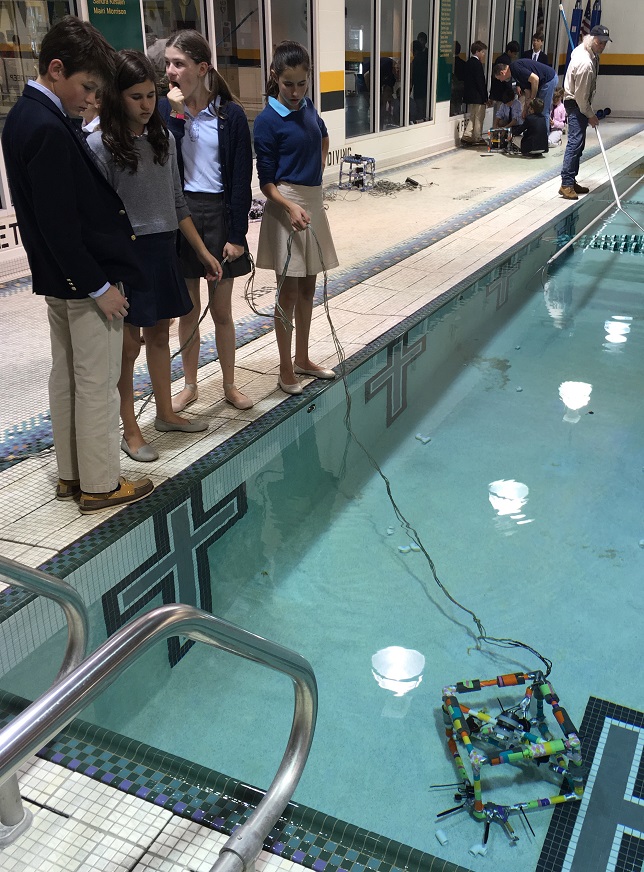 Working in teams, students built their ROVs over the course of three days. On the fourth day, the students participated in the ROV Week Competition in the LIU Post campus pool. With different items placed in the pool including keys and PVC pipe ends, the driver had to pilot the ROV using a control box and scoop up the pieces. Once the ROV had the item, the driver directed the vehicle into a corner of the pool to accumulate points. The driver sat with his or her back to the pool, using only the ROV’s camera to move the unit. Each member of the team took turns as the driver. 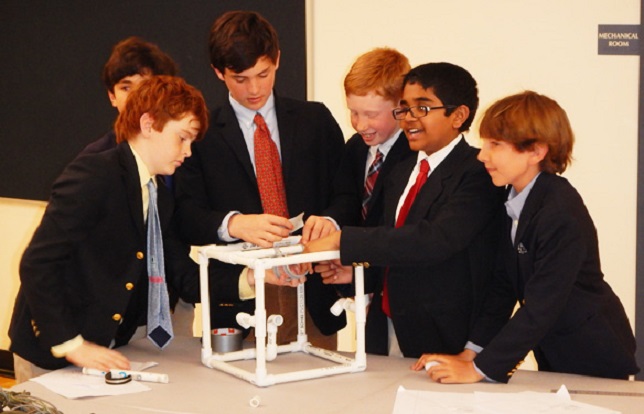 All of the teams’ ROVs will be available for display and operation at Green Vale’s fourth annual STEAM Night on Tuesday, May 10. 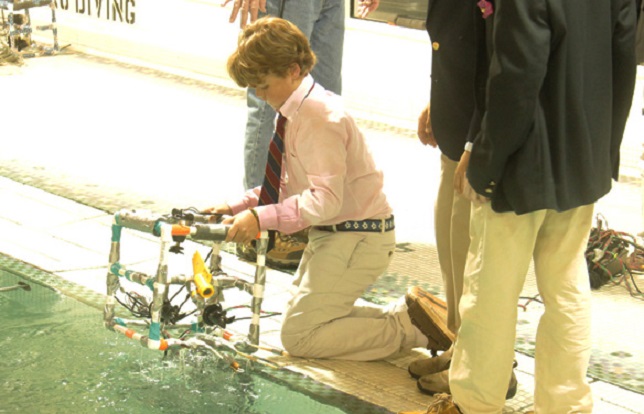