U.S. Senator Charles Schumer announced today that a new provision was added to his bill, the Adam Walsh Reauthorization Act of 2016, that would allow children who were victims of crimes such as sex trafficking, ... 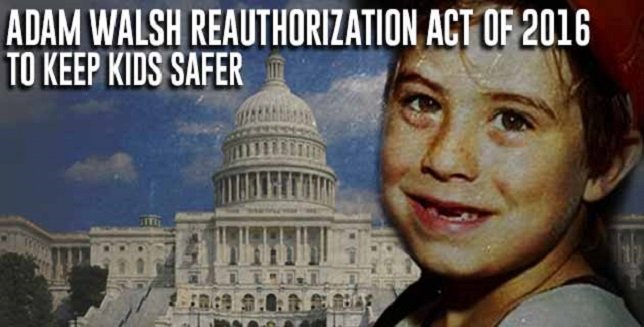 Current law says victim only has three years after they turn 18 to seek justice; Senator says that's just not enough!

Washington, DC - April 21, 2016 - U.S. Senator Charles Schumer announced today that a new provision was added to his bill, the Adam Walsh Reauthorization Act of 2016, that would allow children who were victims of crimes such as sex trafficking, sexual abuse, sexual exploitation, and other crimes related to child pornography to sue their abuser for the pain and suffering they caused – for up to 10 years after the child turns 18.  Current law only provides a statute of limitations extension for three years after the child turns 18. Schumer, today, said that is not long enough and added that this provision is particularly important for cases of child pornography, where a minor may not find evidence of the exploitation online until later in life.

“The sands of time should not fall in the favor of criminals – especially sexual predators. This provision rightfully extends the chance a child victim of sexual abuse or pornography has to take action against those who caused them harm,” said U.S. Senator Charles Schumer. “I have always supported fully funding the Adam Walsh Act because it protects our kids, but the provision we added today gives it even more teeth by rightfully extending the window in which a civil action can be brought against an abuser. The three years provided under the law right now is just not long enough.”

Schumer is the lead democratic sponsor of The Adam Walsh Reauthorization Act and is vowing to push for passage of this critical legislation which includes important provisions to protect children from sexual exploitation and violent crimes.

Amongst other protections, the legislation provides funding for the U.S. Marshals that help track down and apprehend fugitive sex criminals. Second, the legislation extends the statute of limitations for federal civil claims against abusers. The current statute of limitations for civil suits is only three years after the child turns 18. Schumer says that statute of limitations for civil claims must be extended to 10 years, which is the current standard for criminal cases. Additionally, The Adam Walsh Reauthorization Act includes key provisions of Senator Jeanne Shaheen’s Sexual Assault Survivors' Rights Act to ensure rape kits are preserved and to establish a bill of rights for sexual assault survivors.

Schumer said that passage of The Adam Walsh Reauthorization Act would allow more time for a victim to sue for pain and suffering, ensure law enforcement is funded to go after fugitive sex offenders and provide rights to sexual assault victims.