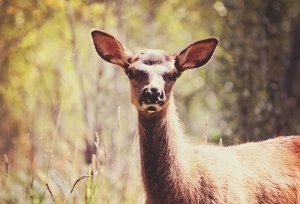 "Governor Cuomo's NY Open for Fishing and Hunting Initiative offers many hunting opportunities statewide for sportsmen and sportswomen for the growing population of deer," said Commission Martens. "Throughout the state, hunters play an essential role by helping to maintain healthy and ecologically sound deer populations."

The 2013 deer take included approximately 128,850 antlerless deer (adult females and fawns) and about 114,700 adult bucks (1.5 years or older), both estimates being within 4 percent of the 2012 take (see table below). Hunters in the Northern Zone walked out of the woods with roughly 32,300 deer, including 19,500 adult bucks. In the Southern Zone, excluding Long Island, hunters took 208,300 deer, including about 94,200 adult bucks. To compare these harvest estimates with other past seasons, visit the DEC website.

More Antlerless Deer Need to be Taken
This year's harvest shows a continuing trend of concern to DEC deer managers. In many Wildlife Management Units (WMUs), including portions of southeastern New York and the Lake Plains region of western New York, harvest trends indicate that deer populations are too high - above levels recommended by local stakeholder groups who live, hunt or manage land in those areas. Even with very liberal opportunities for take of antlerless deer, not enough females are being taken to reduce populations to desired levels. In these areas, DEC and hunters must begin considering new ways to the increase antlerless deer take to achieve deer populations that are compatible with ecosystem health and consistent with the public's interests.

Older Bucks Becoming a Larger Portion of Adult Buck Harvests
Hunters took a record number of bucks (approximately 55,300) aged 2.5 years or older in 2013. These older bucks, which many hunters desire, accounted for 48 percent of harvested adult bucks statewide in 2013, compared to only 33 percent (45,350) in 2000 when New York's deer population peaked, and only 28 percent (about 33,000) in the early 1990s. In part, this is influenced by the overall size of the deer population, which in much of the state is larger than desired. Although mandatory antler restrictions in 11 WMUs in southeastern New York are a contributing factor, many New York hunters outside those areas are voluntarily choosing not to take young bucks, thereby letting these bucks get another year or two older before they are taken.

Deer harvest data are gathered from two main sources: harvest reports required of all successful hunters, and DEC staff's examination of nearly 16,200 harvested deer at check stations and meat processors. Statewide harvest estimates are made by cross-referencing these two data sources. Much additional information about the 2013-14 deer harvests, including charts and maps describing the harvest, is available on DEC's website.

Governor Cuomo's NY Open for Fishing and Hunting Initiative is an effort to improve recreational opportunities for sportsmen and sportswomen and to boost tourism activities throughout the state. This initiative includes streamlining fishing and hunting licenses, reducing license fees, and improving access for fishing and increasing hunting opportunities in New York State.

In support of this initiative, this year's budget includes $6 million in NY Works funding to support creating 50 new land and water access projects to connect hunters, anglers, bird watchers and others who enjoy the outdoors to more than 380,000 acres of existing state and easement lands. These 50 new access projects include building new boat launches, installing new hunting blinds and building new trails and parking areas. In addition, the 2014-15 budget includes $4 million to repair the state's fish hatcheries; and renews and allows expanded use of crossbows for hunting in New York State.