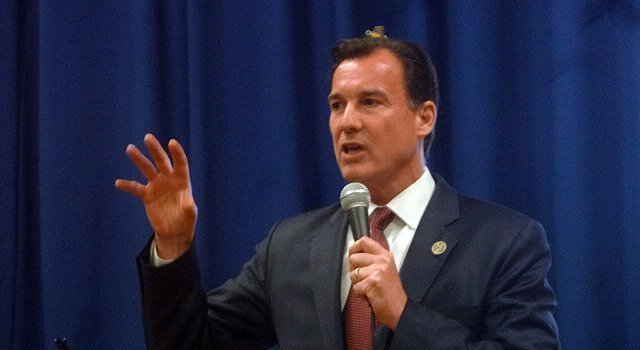 Long Island, NY - April 23, 2018 - Congressman Tom Suozzi (D – Long Island, Queens) has introduced an amendment to the Federal Aviation Administration Reauthorization Act (HR 4).  The amendment instructs the FAA Administrator to produce a report on airline and passenger safety within 180 days of House passage.
Mr. Suozzi’s amendment specifically instructs the FAA to study the issue of metal fatigue in U.S. commercial aircraft. Last week, metal fatigue in an engine on Southwest Flight 1380 forced the aircraft to make an emergency landing. The failure of flight 1380’s left engine also caused the tragic death of a passenger.
Upon introduction of the amendment, Mr. Suozzi made the following the statement:
“Last week’s tragic death of a Southwest Airlines passenger is an absolute call to action. The FAA needs to understand the full scope of any and all dangers connected to metal fatigue, as well as the age and over-all use of U.S. commercial aircraft. This amendment helps empower the FAA to root out any problems in the hopes of preventing any further tragedies. I look forward to working with the FAA and my fellow members of Congress on this critical issue.”