Ra: "It saddens me that the Assembly Democratic Majority has stalled such important government reform legislation." 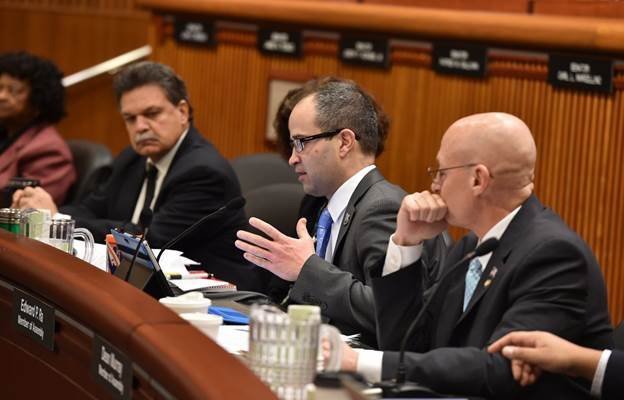 Long Island, NY - April 18, 2018 - Assemblyman Ed Ra (R-Franklin Square) is disappointed to announce the blockage of an ethics reform bill (A5657-A) he cosponsored which would have brought long overdue reform to New York’s government and provided more transparency as to how the state is spending taxpayer dollars.
“It saddens me that the Assembly Democratic Majority has stalled such important government reform legislation,” said Ra. “New Yorkers have the right to know how the government is spending their hard-earned money. This partisanship only serves to hurt our overtaxed communities and create distrust in government. After the Legislature failed to include critical transparency legislation in the recently-enacted state budget, this bill is seriously needed.”
The bill in question, sponsored by Assemblyman Robert Oaks (R,C-Macedon), would have developed stronger oversight into state spending and established penalties should the state miss a reporting deadline. Additionally, the legislation would require a more comprehensive look into economic development programs to ensure money is being spent wisely to help improve New York’s economy. A look into the possible benefits of streamlining the broken tax system would have occurred as well.
Assemblyman Ra represents the 19th Assembly District.