Adelphi University's Department of Theatre presents Dancing at Lughnasa, a haunting and poignant story of a family in Ireland in the 1930s. 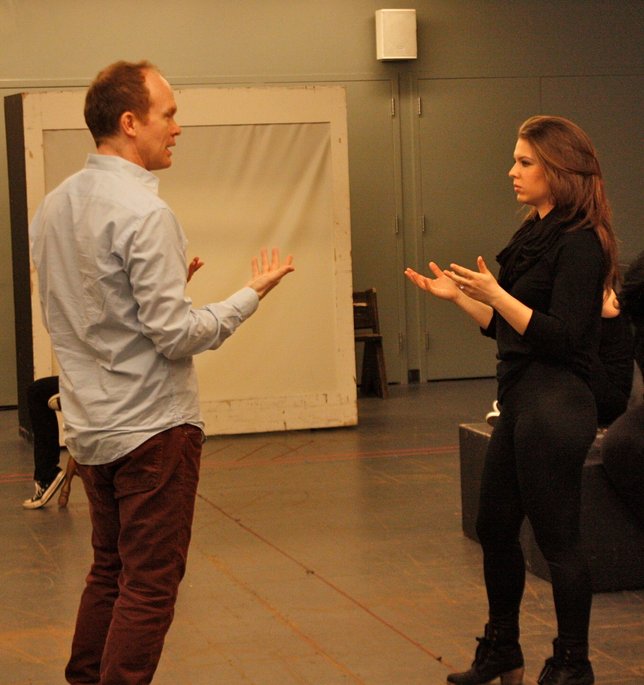 Long Island, NY - April 11, 2014 - Students in Adelphi University’s Department of Theatre will perform Dancing at Lughnasa from April 22 to 27, 2014 in the Black Box Theatre in the Adelphi University Performing Arts Center (AUPAC), located at 1 South Ave, Garden City, NY. Dancing at Lughnasa tells the story of Michael, a young boy growing up in 1930s Ireland, raised by his unwed mother and her four older sisters amidst economic insecurity and tension from the Catholic Church. This play is intended to look beyond the economic hardships, tensions and family crises to find the indomitable human spirit that exists despite external circumstances.

Dancing at Lughnasa is directed by adjunct professor JJ O’Neil.  Mr. O’Neil has had a long connection with the show, first appearing as Michael in an Adelphi University production in the early 1990s. He later performed the role of Michael’s father as a graduate student in San Diego. In directing this production, Mr. O’Neil’s goal is to bring the same hope and spirit that he has found in Dancing at Lughnasa to the Adelphi community once again.

Adelphi University’s Performing Arts Center is one of Long Island’s premier cultural arts venues for entertainment of all kinds. Tickets for Dancing at Lughnasa are on sale now and are priced at $20 with discounts available to seniors, students and alumni. For more information about all the events at AUPAC and to purchase tickets, visit aupac.adelphi.edu. Information is available at The Lucia and Steven N. Fischer Box Office at (516) 877-4000 or boxoffice@adelphi.edu. Regular box office hours are Tuesday through Friday, from 1:00 to 6:00 p.m. The box office is also open two hours before most scheduled performances.

About Adelphi University
Adelphi is a world-class, modern university with excellent and highly relevant programs where students prepare for lives of active citizenship and professional careers. Through its schools and programs—College of Arts and Sciences, Derner Institute of Advanced Psychological Studies, Honors College, Robert B. Willumstad School of Business, Ruth S. Ammon School of Education, University College, College of Nursing and Public Health and the School of Social Work—the coeducational university offers undergraduate and graduate degrees as well as professional and educational programs for adults. Adelphi University currently enrolls nearly 8,000 students from 43 states and 45 foreign countries. With its main campus in Garden City and its centers in Manhattan, Suffolk County, and Poughkeepsie, the University, chartered in 1896, maintains a commitment to liberal studies, in tandem with rigorous professional preparation and active citizenship.