In a move that few expected, Billy Joel accepted an initiation to a Glen Cove elementary school tribute concert. 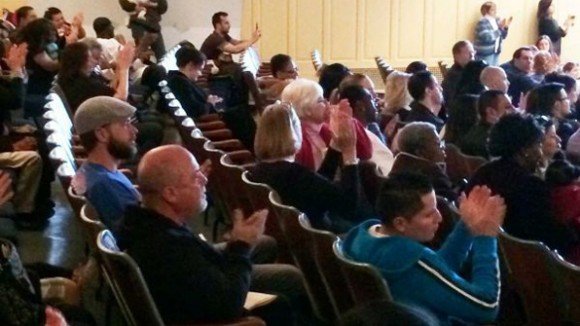 Every year young singers from Deasy Elementary School in Glen Cove gather to put on a show for their parents and teachers, singing famous songs and paying homage to a different artist with every concert. When school officials extended an invitation to Long Island legend Billy Joel to attend this year’s “River of Dreams” tribute to none other than himself the last thing they expected was for the singer to actually show up.

“We invited Billy Joel on a lark, but we didn't expect him to come. It was totally thrilling,” said Deasy principal Nomi Rosen. “We were all beside ourselves.”

Joel snuck into the concert just a few moments before it was scheduled to begin, but chose to sit near the back row in order to avoid drawing the attention of the students.

“I asked him if he wanted to sit in front, but he said he would rather stay in the back so he wouldn't make the kids nervous,” said Rosen.

The principal reports that parents and second graders were in awe when they learned that Joel was in attendance, but the first grade and kindergarten students were less amazed.

“The younger kids were like, 'Of course he is coming. We're singing his songs he wants to hear us sing!’ ” Rosen said in an interview with CNN.