Ani Difranco to Perform at Historic Suffolk Theater in Riverhead

The Grammy award winner, Folk & feminist icon will perform on May 4th. 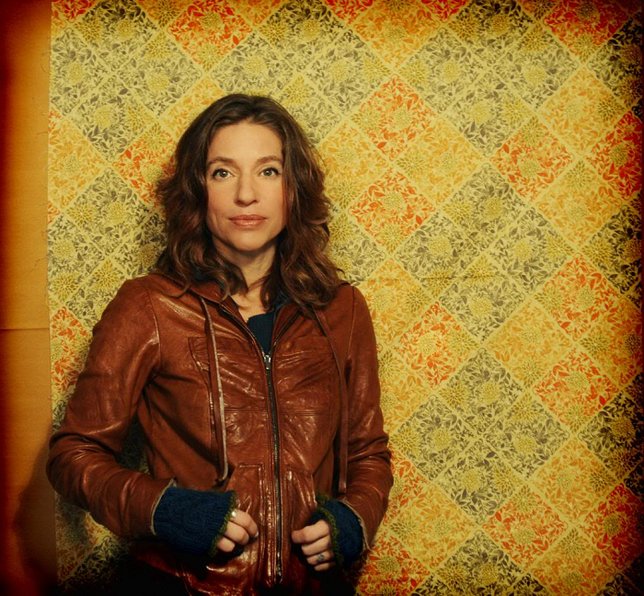 Riverhead, NY - April 8, 2014 - Folk singer, feminist icon, and musical trailblazer Ani DiFranco will perform with her trio at the Historic Suffolk Theater on Sunday, May 4 at 7:30 PM.
Ani DiFranco's music is unique. While DiFranco defines herself proudly as a folk singer, few folk singers could count among their collaborators artists as diverse as Pete Seger, Prince, Chuck D (of Public Enemy), Bruce Springsteen, the Buffalo Philharmonic, Cyndy Lauper, and Gillian Welch. Ani's songs such as “Not a Pretty Girl” and “Untouchable Face” incorporate powerful – often brutally honest lyrics with a highly original acoustic guitar style that few in the world can emulate. Ani's unique style, outspoken lyrics, and style have made her one of the most iconic artists of her generation.
Ani has been honored with Grammy awards and multiple nominations, as well as awards from the Gay/Lesbian American Music Awards, the Planned Parenthood Award for Media Excellence,  the Gibson Guitar Award for Best Acoustic Performance, The National Organization of Women Woman of Courage Award, the Woody Guthrie Awards, and others.
Beyond her musical innovations, Ani DiFranco has been a pioneer in the business of music, refusing every major label deal offered to her throughout decades performing – even at a time when there was no Itunes or internet. DiFranco instead created her own Righteous Babe record label, an independent operation that allowed her the freedom to pursue projects that might have never made it through the label system. The choice to produce her own records has never hindered her career, and in fact, Ani DiFranco continues to play to sold out houses throughout the world.
Ani will be joined by folk singer Jennifer Knapp. Jennifer Knapp began her career as a Contemporary Christian musician Her transition from Contemporary Christian Music to mainstream folk rock has made her a lightning rod for controversy, but her unique ability to speak gracefully to music lovers from all walks of life fills a void in the unlikely intersection between the faith and LGBT communities.  She released Letting Go with the single "Dive In". Her album “Letting Go” with this single “Dive In” debuted at No. 73 on the Billboard 200 charts, when released in 2010. She is best known for her first single "Undo Me" from her debut album, Kansas (1998), and the song "A Little More" from her Grammy Award-nominated album, Lay It Down (2000).